According to the manufacture, the new Pro DP130 MSI Mini PC series is aimed at users who have an eye on efficiency and productivity – and accordingly also to us in particular corporate customers.

The MSI PC devices are available with up to 64 gigabytes of DDR4-3200 RAM in two corresponding slots. The Intel graphics solution integrated into the processor is used – typically for office computers, but the Pro DP130 desktops are also available with a GeForce GT 1030 with a two-gigabyte GDDR4 memory.

The installation of an M.2 SSD is planned, and there is also the option of installing a classic 3.5-inch hard drive for larger amounts of data. Either an Intel WiFi 6E AX210 or an Intel Wireless AC 3168 wireless adapter is installed, regardless of the equipment, an Ethernet connection is installed. Bluetooth 5.2 is available when the AX210 module is selected, otherwise, it is Bluetooth 4.2.

Image signals can be output via DisplayPort, HDMI, and VGA. A total of ten USB ports are available, four of which correspond to the USB 3.2 Gen 1 standard, the remaining six transfer data according to the slower USB 2.0 standard. A PS / 2 and COM port are part of the equipment, two microphone inputs, and a headphone output.

He started this blog as a hobby to show his affection for gadgets, but over the time this hobby became professional. And now he is working as a full-time blogger, but in free time he loves watching movies and games. PayPal donation for TechToyReviews will be appreciated.
@ankit4554
Previous Arcam AVR5 Class AB Home Cinema Receiver with 4K, Dolby Atmos, and DTS: X
Next Synology DiskStation DS2422 + and DS3622xs +: NAS with 12 bays and expansion unit DX1222 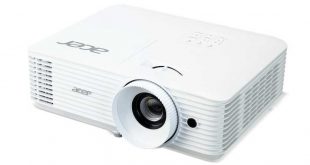