The next generation of the Moto G line from Motorola has been in development for months and now new reliable information has just appeared in the press reinforcing not only the possible Moto G7 specifications but also its final design as well. 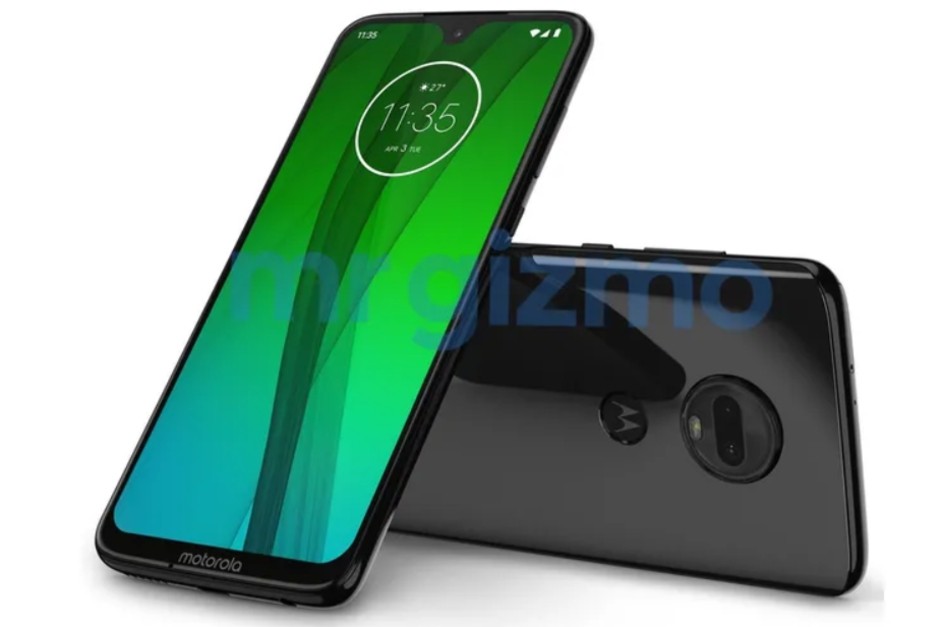 As we have seen a few months ago, Motorola will continue to implement the standard design with a glass back cover along with 3D curved finish, two rear cameras, fingerprint sensor also on the back cover and a screen with the large front panel.

In the render below leaked by Mr. Gizmo, we see another great detail of the device that should mark the Moto G line of 2019: the water drop notch.

Other points indicated in new leaks regarding the Motorola Moto G7 are regarding its specifications. As it has been revealed, the new information reinforces that the smartphone will be announced with a Qualcomm high-performance processor, the Snapdragon 660, in addition to a combo of 4GB of RAM and 64GB of internal storage.

The dimensions are 156.86×75.4 x 8mm, compared with its predecessor, the Moto G7 will be bigger than the G6. The leak also indicates that the G7 will come with an NFC antenna for pairing.

The new Moto G7 is expected to be officially announced during the Mobile World Congress 2019 which is scheduled for late February between the 25th and 28th. The handset is expected to come in Silver, Black, and Red color options.

Thanks for reading! If my article helped you, I would be happy if you visit Techtoyreviews again and follow it on Social media. This article contains partner "affiliate" links. Clicking on it will take you to the provider and if you make a purchase, Techtoyreviews will receive a small amount of support.
@Techtoynews
Previous Raspberry Pi 3 Model A+ With 8-core chip, 1.4GHz speed, More Compact Launched
Next Best Bluetooth Speakers for Home