Moto G5 has been officially launched in India today by Lenovo, after Moto G5 Plus, both were announced back in February this year at MWC 2017. Motorola Moto G5 price in India is set to Rs. 11,999 – approximately $184 for 3GB RAM with 16GB storage. It will be available in Lunar Grey and Fine Gold from Amazon India store starting from 12am IST on Wednesday. 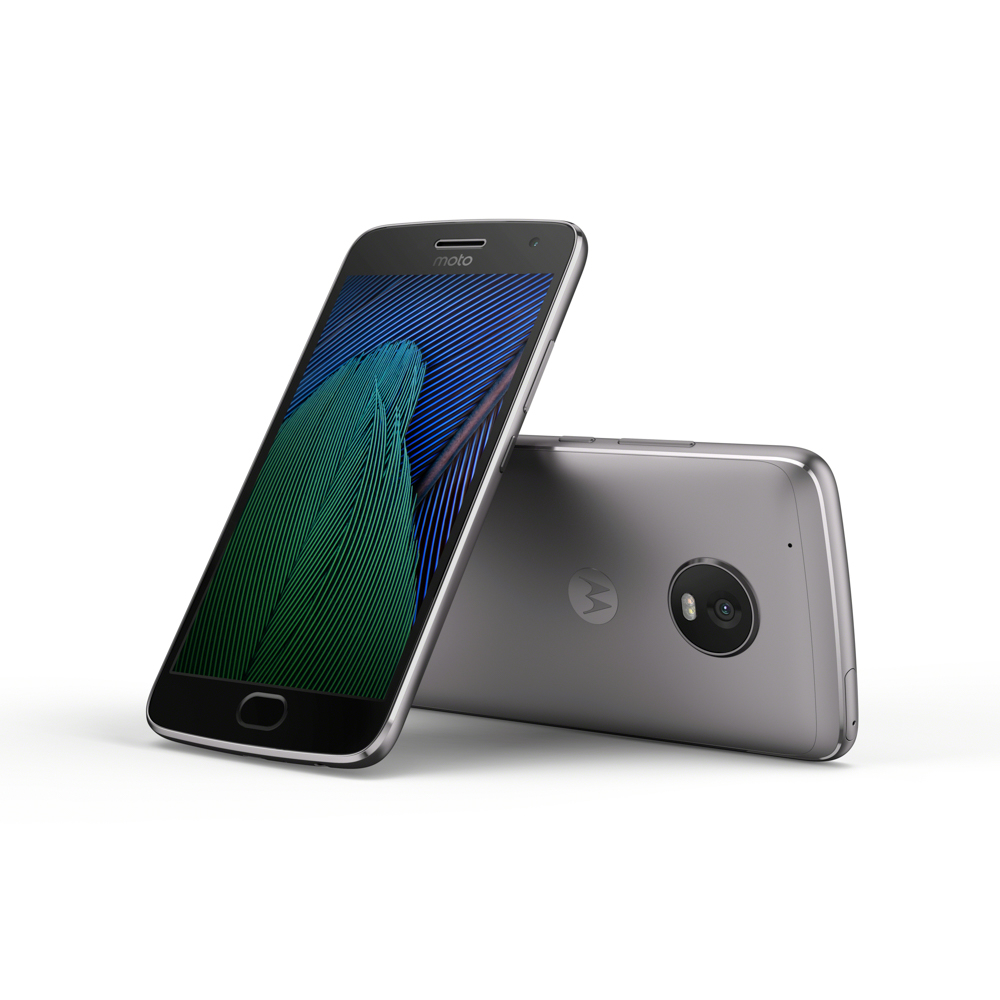 Motorola Moto G5 phone, the device offers us adequate specifications to the segment, so we find a Qualcomm Snapdragon 430 octa-core SoC, a 5.0-inch Full HD display, 3GB of RAM and 16GB of expandable internal memory. The photo sector is entrusted to a 13-megapixel main sensor with f/2.0 aperture, while the front we find a 5-megapixel wide-angle sensor with f/2.2 aperture. Moto G5 also offers us a 2800mAh removable battery with rapid charge, Dual SIM support and Android 7.0 Nougat operating system.

Moto G5 smartphone also will not even miss the gyroscope, an aluminum body, water resistance and a fingerprint sensor, placed in the front of the device and twist gesture. However, the big highlight is that the devices integrate Google Assistant, a feature first exclusive only to the Pixel devices, thus making them much more useful and efficient than its predecessors. Finally, we find a USB Type C and NFC only on Plus variant.

Moto G5 price in India is set Rs. 11,999 – approximately $184, and will be available in Lunar Grey and Fine Gold color options via Amazon India online store starting from midnight. Amazon Prime customers will get Rs.1000 in Amazon Pay balance. HDFC credit card users will get Rs. 1000 cashback. Early buyers will also get 16GB micro SD card along with the Moto G5.

Thanks for reading! If my article helped you, I would be happy if you visit Techtoyreviews again and follow it on Social media. This article contains partner "affiliate" links. Clicking on it will take you to the provider and if you make a purchase, Techtoyreviews will receive a small amount of support.
@Techtoynews
Previous Jabra Speak 710 Portable Speakerphone with Bluetooth 4.2, Battery up to 15 hours
Next Wavefun X-Buds Metal Wireless Bluetooth Headphones with Huge Discount