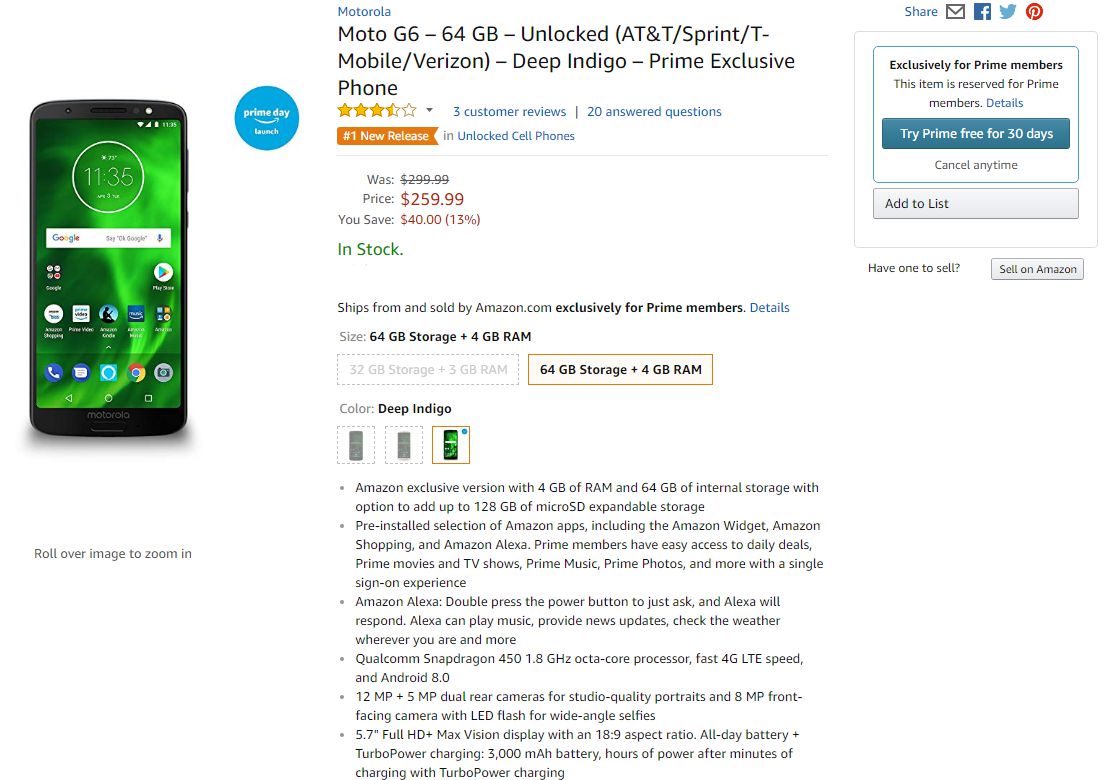 Amazon is offering deals on Moto G6, extra $40 off as a Prime day launch offer. So Moto G6 64GB storage model is up for grabs at a discounted rate of $259.99. Similar to Amazon ads offers including pre-installed apps such as Amazon Widget, Amazon Shopping, and Amazon Alexa.

The all-new Moto G6 comes with 64GB of built-in storage, and support for storage expansion up to 128GB via microSD cards. For connectivity, the smartphone has 4G LTE, WI-Fi, USB Type-C, NFC, 3.5mm earphone jack, the standard sensors, and Bluetooth 4.2. There’s a 3000mAh battery with TurboCharge support to keep things running and the model measures 153.7×72.3×8.3mm.

He started this blog as a hobby to show his affection for gadgets, but over the time this hobby became professional. And now he is working as a full-time blogger, but in free time he loves watching movies and games. PayPal donation for TechToyReviews will be appreciated.
@ankit4554
Previous Deals: LG V35 ThinQ is Now Amazon Prime Exclusive Phone at $599.99
Next Galaxy Note 9 Press Render Leaked: S Pen, Dual Rear Camera, Fingerprint Sensor, No Notch