A very delightful news for fans of the Meizu Phones, the company officially announced its new smartphone called Meizu M2. And more amazing news it that the device has a number of indisputable advantages in technical terms, and most importantly is its price – only $97, a very strong contender for a budget smartphone segment. 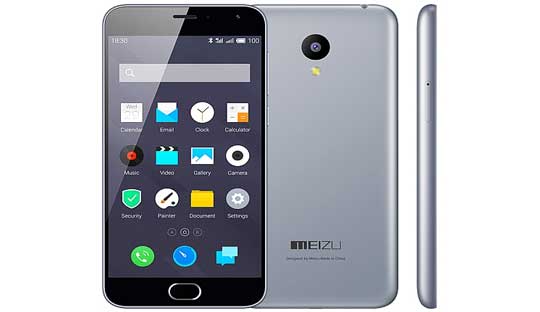 The Meizu Mobile Phone company is also distinguished for its pricing and let’s hope that such it will continue in future as well. The Meizu M2 will be available on August 3 in four color variants such as Blue, Pink, Grey and White.

The online rumors about the new product almost confirmed. The only thing that was a surprise for us is that the second SIM slot doubles as a microSD card slot. The Meizu M2 smartphone has become thinner, measuring 69.8×140.1×8.7mm and weighs only 131 grams. The design has remained unchanged, so it’s a visual continuation of the previous generation. As for the body, its made by a polycarbonate unibody that looks more solid and more glossy.

The Meizu M2 runs Flyme UI 4.5 ROM -based on Android 5.1 Lollipop OS. It features a 5-inch display which also protected by AGC Dragontrail glass and HD resolution of 720×1080 pixels. It is powered by 64-bit 1.3GHz quad-core processor, MediaTek MT6735 SoC, 2GB of RAM and Mali T720 GPU. The device packs a 16GB of internal memory, which can be further expanded via microSD card up to 128GB. 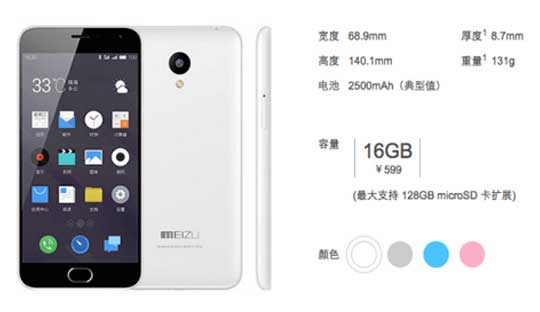 The Meizu M2 features a 13-megapixel rear camera with LED flash and a 5-megapixel front-facing camera with an aperture of f/2.0. It bears a 2500mAh battery, can be deliver talk time up to 23 hours and standby time up to 680 hours.

Among the main differences between the Meizu M1, Meizu M2 has doubled the amount of RAM and built-in memory, also support 4G LTE connectivity.

Check out Meizu MX4 Price below:

Thanks for reading! If my article helped you, I would be happy if you visit Techtoyreviews again and follow it on Social media. This article contains partner "affiliate" links. Clicking on it will take you to the provider and if you make a purchase, Techtoyreviews will receive a small amount of support.
@Techtoynews
Previous Kingzone N5 4G Smartphone from Everbuying for $111.89 including free shipping
Next Canon ME20F-SH multi-purpose camera Launched, Priced at $30,000