M-Audio treats its 88-key keyboard MIDI controller to a major update and introduces the Hammer 88 Pro. In addition to a hammer mechanism, which should provide an authentic feel, the newcomer has many new functions and controls for use in the studio and on stage compared to its predecessor. This amounts to an extension of the Oxygen Pro series by a model with 88 keys and a hammer mechanism.

The previous M-Audio Hammer 88 was a no-frills keyboard control that concentrated on the essential functions: keyboard, pitch bend, modulation, a fader – you rarely need more if you just want to import something into the DAW. Many users also use the best midi keyboard controllers for other tasks, such as starting clips and loops in Ableton Live, for remote control of the DAW mixer, or for controlling software synthesizers. M-Audio takes this into account and presents the Hammer 88 Pro, a new keyboard MIDI piano whose range of functions has been greatly expanded.

The 88-key MIDI keyboard controller is equipped with a scaled hammer mechanism with an after-touch and, according to M-Audio, should convey an authentic piano feel. As with the predecessor, the two wheels for pitch bend and modulation as well as a pair of buttons for octaves and transposition are found on the left.

There is a lot of news to report on the control panel above the keyboard. The Hammer 88 Pro now offers the same options as the Oxygen Pro. Nine programmable faders and eight assignable buttons allow control of the DAW mixer and/or any parameters of software synthesizers. There are also 16 touch-sensitive, multi-colored illuminated pads that are suitable for programming beats and starting clips, among other things.

The central display is surrounded by a row of buttons for DAW control. In addition to the transport control, there are buttons for selecting presets and operating the integrated arpeggiator. According to M-Audio, the assignment of the control elements in all common DAWs should work very easily thanks to “auto-mapping”. The Smart Scale and Smart Chord functions, which are also known as the Oxygen Pro, have also been integrated into the Hammer 88 Pro.

On the back, the keyboard has a USB port and classic MIDI inputs and outputs in DIN format. There are also connections for a sustain pedal, two additional footswitches, and an expression pedal. There is also an input for an optional power supply unit.

You can get the M-Audio Hammer 88 Pro here at Amazon.com and Bhphotovideo.com websites for $799.

Earlier this year, Alesis has introduced three new Q-series USB MIDI Keyboard Controller models at NAMM 2021. In addition to the Q49 MKII and the Q88 MKII MIDI Controllers, the series includes the new Qmini for the first time, a portable keyboard controller with 32 mini buttons.

He started this blog as a hobby to show his affection for gadgets, but over the time this hobby became professional. And now he is working as a full-time blogger, but in free time he loves watching movies and games. PayPal donation for TechToyReviews will be appreciated.
@ankit4554
Previous Marantz Pro MPM-4000U: New USB Microphone for Streaming and Podcasting
Next Nikon Z 9 Mirrorless Camera Listed on B&H Store in Advance 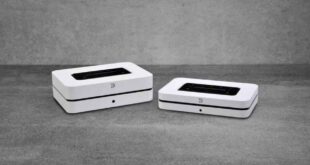 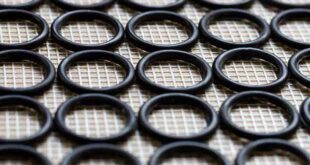