Lumia 830 is the most striking smartphone of the Microsoft products have been introduced at the IFA 2014 recently, along with Lumia 730 and Lumia 930. The Lumia 830 2014 Microsoft smartphone product of the mid-range segment will cost enriching its collection this 2014. Lumia 830 only cost of Rupees. 25,000, equipped with plenty of hardware features and software, almost similar to the high-end Lumia 930.

With the design almost same as Lumia 930, Lumia 830 comes with impressive design and outstanding  metal rim running along the body. Back has the removable cover, big camera clusters with a resolution of 10 MP and PureView technology. When holding Lumia 830, feeling quite nice with solid metal frames looks good. This rim quite thick, thus it will protect the Lumia 830. Although the outer appearance is quite perfect, but the material used for aluminum case will cause heat when phone performs heavy tasks which is requiring hardware with high-intensity activity. Metal frames heat up pretty fast because of the heat conductivity.

This is what will make little disappointing when users use the camera, play games or watch videos for long time, the phone catch heat very fast. The back cover of Lumia 830 is easily removable and replaceable battery also seen as a plus point of this phone.

Lumia 830 has a 5 inch screen with HD resolution of 1280×720 pixels. On the screen, if your requirement for the full-HD display or play 2K Games with high pixel density, Lumia 830 have little disappointed. However, it has a screen with IPS technology for wide viewing angles and color display is pretty standard. The entire display is protected by tempered glass scratch resistant Gorilla Glass 3. ClearBlack display technology helps display more clear in direct sunlight.

The operating system itself is a Windows 8.1 platform is Microsoft optimized for maximum advantage of powerful hardware. More precisely, the Lumia 830 processor just under the mid-range Snapdragon 400 chip, powerful quad-core 1.2GHz and 1 GB of RAM. It has a 16 GB built-in memory that supports microSD memory cards of up to 128 GB. Overall, through the experience, the use of the normal tasks such as opening function for making calls or texting, web surfing, meet the great sensitivity and not feel the latency. 1 GB RAM is enough to be able to operate smoothly on basic applications. Lumia 830 is equipped with Windows 8.1 OS, In addition, this version also has a little different is the Lumia Denim-Windows 8.1 Update. The interface is still Live Tile display same as previous Windows Phones. A few extra details were equipped with the Action Center like notification bar, the ability to customize the home screen wallpaper, the limited use of dedicated software for children. Notable point is on Windows app market appears to be the common software to develop and regularly update as Skype, Whatsapp, Viber, Facebook Messenger etc.

Let’s see the major changes in exclusive Lumia Denim. It’s a slight upgrade in performance and improved battery life. Lumia 830 is equipped with PureView Camera for photography and image processing speed with great changes. Microsoft claims this will be the device that speeds faster than any other photographic smartphones in the market. Also in the update for video which is use HD quality. Virtual Assistant has completed and Cortana appears in this update. Overall, this is a very positive change, but not say its a perfection rather than accept the Preview Camera technology.

Lumia 830 has a front camera of 0.9 MP, not perfect and just enough parameters to use with the purpose of video call and selfie photography with acceptable quality. In particular the rear camera of 10 Megapixels with Carl Zeiss lens PureView which is provide photo quality beyond the expectations. Denim updates also help fast capture and image processing speed, the phone can dominate and compete direct its rivals. Microsoft introduces Lumia 830 with two high-end product line called the iPhone and Samsung Galaxy direct comparison with the Lumia 830 in all experimental photography in low light conditions. Main highlight is a commendable upgrade for 830 camera lens thinner than the Lumia 1030 should not convex.

Here we have a mid-range smartphone, but the ability to click photos with amazing response. It has a key for fast snapshots, which can quickly launch the camera by simply press and hold. The camera is capable of focusing pretty fast, good low-light photography, images with highly detailed, true colors, especially the shutter speed is very impressive. Nokia Camera software with an intuitive interface and easy to customize settings when shooting. In addition, Nokia Creative Studio is very good support for post-editing pictures on Lumia 830.

In general, the ability to take pictures from the Lumia 830 feels impressive, really stand out to competitors in the same price segment. The camera on the phone is also equipped with the ability to add optical image stabilization should be helping to reduce blur when hand shake in video recording or taking pictures at high speed. In terms of image quality, the camera which produced a very good picture in outdoor conditions. The smartphone has a 2200 mAh battery capacity, enough for a day if used continuously Wifi access, web surfing, chatting with 3rd party applications, frequently used to capture pictures and record videos. In daily life, if you only need to use the phone for calling is not too much, mostly use WiFi to access social networks or send e-mail to receive the on the Lumia 830 can ensure real-time usage of 2 days. However, if the user often needs play gaming requires high-performance processing chip, it will run out of battery in about 4 to 5 hours of use.

Lumia 830, the mid-range segment, but carries the qualities of a superior smartphone product. Microsoft has been very proud to say that the Lumia 830 is a top product for mid-range price segment. Lumia 830 owns good processing speed, aluminum frame, a new version of the operating system that is optimally improve for phone performance. Especially high-end camera with the ability to take photos and high quality videos. With Rs. 27.740, the Lumia 830 is the logical choice for people who like to use Windows operating system and requires a lot of ability to take pictures on the phone.

He started this blog as a hobby to show his affection for gadgets, but over the time this hobby became professional. And now he is working as a full-time blogger, but in free time he loves watching movies and games. PayPal donation for TechToyReviews will be appreciated.
@ankit4554
Previous Galaxy Note 4 and iPhone 6 Plus : Comparison
Next DELL VENUE 8 3830 – The compact tablet 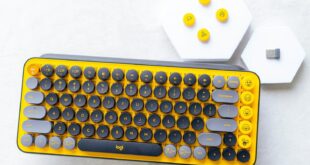 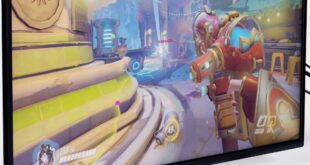 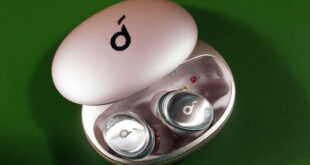 Apart from gaming, the Asus ROG Phone 5S is also a good choice for watching …