The South Korean giant LG will announce one of their flagship smartphone named LG G5 in the Mobile World Congress 2016 (MWC) international exhibition, a message posted on the Weibo has social network and also revealed some important information about New LG G5 Phone will be released early next year. 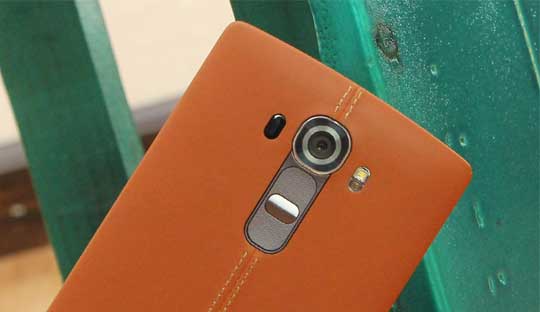 In 2015, LG Smartphones has made ​​significant changes with superior product lines. First, we had the slight curved design LG G4 with quantum QHD display technology and 16-megapixel camera with large aperture. And back in October, a high-end smartphone named LG V10 was unveiled with a unique dual screen and solid metal frame design. Thanks to G4 and V10, consumer and electronic technology world start to thinking about that the giant from the South Korea will be back on track.

Recently, a message was posted on the Weibo has revealed some information about G5 that will announce in February during MWC 2016, which is scheduled in Barcelona and take place on February 22 and will end on 25. They did not specify any earlier announcement, but a number of sources have repeatedly pointed out that LG electronics will be shifting presentations of the top devices because of pressure from investors.

Accordingly, LG G5 specifications, the handset will receive a slightly larger screen a 5.6-inch display with 2K resolution of 1440 x 2560 pixels, Qualcomm Snapdragon 820 processor along with Adreno 530 GPU, battery capacity between 3000-3500mAh. Talking about the LG G5 camera, it will feature a 21-megapixel primary camera with optical stabilization and 8-megapixel front-facing camera which is unchanged compared to current G4 or V10. In addition, many sources also said that the G5 will have an iris scanner along with a fingerprint sensor.

The sources assured that the LG G5 gets a metal body, with removable rear panel which are available in different skin and textures as G4. It will be released in February 2016, same time as the launch of the Galaxy S7.

He started this blog as a hobby to show his affection for gadgets, but over the time this hobby became professional. And now he is working as a full-time blogger, but in free time he loves watching movies and games. PayPal donation for TechToyReviews will be appreciated.
@ankit4554
Previous Leagoo Alfa 1 with 5.5-inch Display and 3000mAh Battery Listed on Company’s Site
Next Ulefone Paris X with 5.0-inch Display and 8MP Sony Camera Announced