With this Lexar microSD reader, users can copy the images or videos captured from the high-end cameras, action camera or drone (mostly using a microSD card) to transfer high quality files directly to iOS devices or other devices supports microSD card. Lexar did not specify the bandwidth of this Micro SD Card Readers, but likely it only supports the USB 2.0 for easy compatibility with multiple iOS devices. 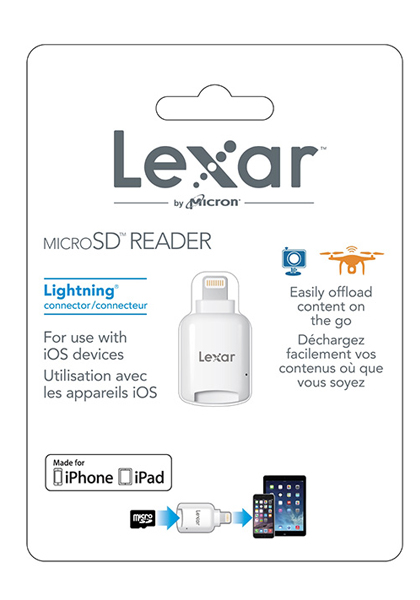 Lexar microSD Reader with Lightning port has been priced at just $29.95 USD and will be available for purchase from BHPhoto store.

He is newbie on the Techtoyreviews. An enthusiastic mechanical qualifier who additionally Interested in the latest gadgets and tech. An exceptionally tech savvy who is always discovered reading or writing on technology. In spare time like to peruse books and playing Cricket. PayPal donation for TechToyReviews will be appreciated.
@jigneshdudakiya
Previous Yu Yureka Note with 4000mAh battery and 6 inch Display Launched
Next Huawei GX8 Unlocked dual SIM 4G LTE 16GB Variant Discount up to $100 on Amazon