Lenovo has decided to upgrade its tablet lineup, with the launch of the Lenovo Tab 4, Tab 4 Plus in two screen sizes. In addition to these, the company also introduced accessories that could be purchased by interested parties, including Kid’s Pack, and Productivity Pack, as well as the interesting Lenovo Home Assistant, was first unveiled at IFA 2017 earlier this month.

The tablets can be found in 8 or 10-inches, but consumers who lived in the USA will receive a Tab 4 Plus version and it can only be purchased with the option of 2GB of RAM and 16GB of internal storage, while other markets will be able to choose with 3GB or 4GB of RAM and 32GB or 64GB of native storage.

Starting with the basic version, we have the basic hardware for those who just want to access social networks, streaming videos and surf the web, with the 8-inch version still having a slightly simpler set of cameras than the 10-inch screen variant. 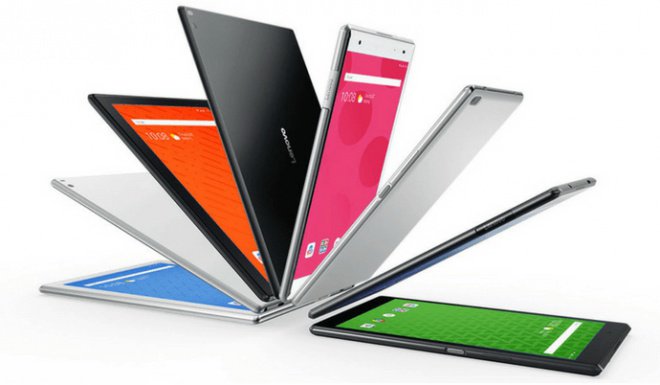 Regarding the design, we have an aluminum frame with the polycarbonate back cover, deliver something sturdy and stylish at the same, but that does not get too expensive. There are two front speakers, which work to deliver stereo sound with Dolby Atmos.

Moving on to the more robust version, we have higher specifications that should be more than enough for the vast majority of users, including the powerful and economical Snapdragon 625 chipset coupled with 4GB of RAM and 64GB of internal storage. 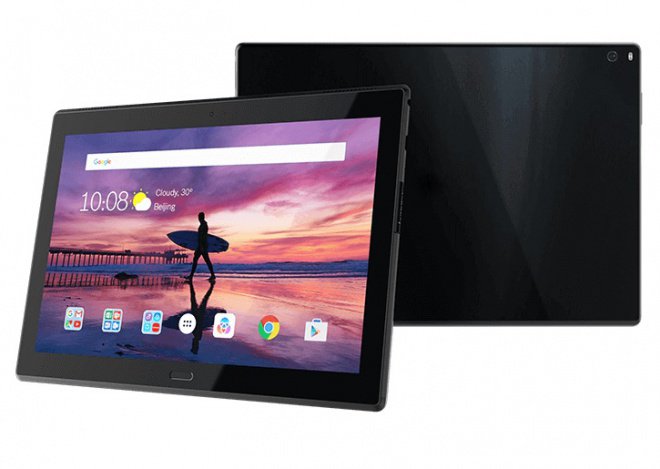 We have changes in design, Tab 4 Plus has glass-covered back panel for something more exquisite. In addition, it also comes equipped with a fingerprint scanner embedded in the power buttons and USB Type-C ports.

Lenovo Tab 4 Plus price has been set at $324.31 for 10-inch version, and it can also be purchased through Amazon.com, while 8-inch version price yet to be revealed. The 8-inch version listed as “currently unavailable” at the store.

If desired, you will only be able to pay $24.99 for 8.0-inch version or $29.99 for 10-inch model to purchase the “Kid’s Pack”, which consists of a protective silicone cover and blue light filter, shock resistant bumper and pair of 3M stickers to guard against scratches.

Additionally, the company also introduced the Folio Table case for both 8″ and 10″ models and its pricing starting from $19.99 and $24.99 respectively.

Another interesting product is the Productivity pack, which is actually a Bluetooth Keyboard Case and only available for the 10-inch version. 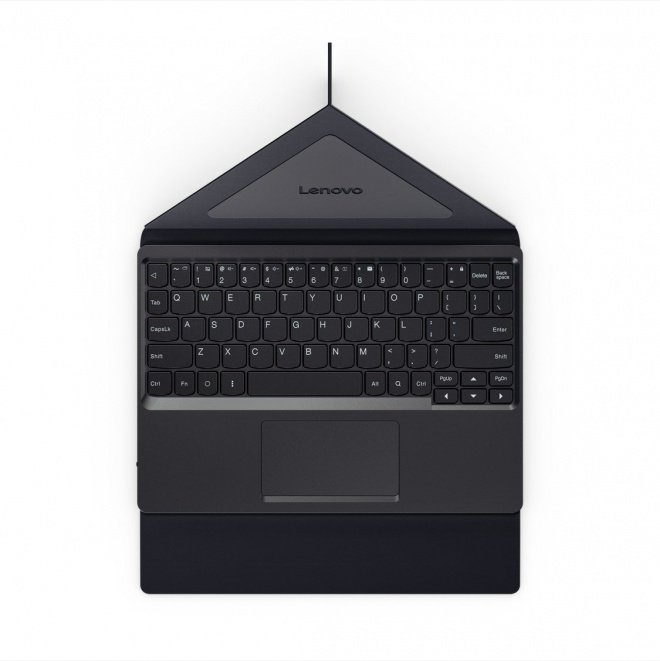 This Bluetooth keyboard comes with a kickstand on the hardware side and a productivity interface (taskbar, instant app switching and multi-window mode etc.) on the software side. This Lenovo Bluetooth Keyboard Case has been also listed on the Amazon store without any pricing details.

Finally, we have the Home Assistant, it looks like the Amazon Echo Show. Lenovo Home Assistant is basically a speaker with a dock on the side. Mount any of the Tab 4 models onto the dock and you have a device like the Echo Show and which is also powered by Alexa. 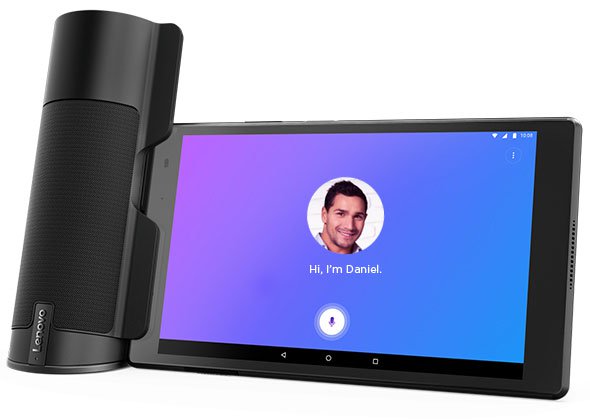 It comes with the USB-C port on the side where the tablets clips into. Once it is connected, the smart assistant interface automatically pops up. It will be a great audio and video system to control your home and perform various tasks. It has 3W speakers and two microphones for capturing the controls, basically working just like any other sound device with Alexa.

If you are interested, have to wait until next month and will cost around $69.99 in USA.

He is newbie on the Techtoyreviews. An enthusiastic mechanical qualifier who additionally Interested in the latest gadgets and tech. An exceptionally tech savvy who is always discovered reading or writing on technology. In spare time like to peruse books and playing Cricket. PayPal donation for TechToyReviews will be appreciated.
@jigneshdudakiya
Previous Samsung Galaxy Tab Active 2 Specifications revealed by GFXBench
Next HTC Ocean Master, Ocean Harmony, and Ocean Lite Coming Soon | Rumor