In September, it was reported that Venus Optics was about to release a Laowa 17mm f/1.8 Micro Four Thirds lens. At that time, the technical data of the product with manual focusing became partially known, but there was no information about the price and the release date of the new Micro Four Thirds lenses.

Now the manufacturer has officially introduced the Laowa 17mm f/1.8 lens and even started accepting pre-orders so that all the gaps in the information about the new MFT lens were eliminated.

Venus Optics Laowa 17mm f/1.8 Micro Four Thirds Lens has been priced at $179, is now available for pre-order via Bhphotovideo.com. While the lens is also listed on Amazon.com with $20 less, surprisingly priced at $149.

Thanks for reading! If my article helped you, I would be happy if you visit Techtoyreviews again and follow it on Social media. This article contains partner "affiliate" links. Clicking on it will take you to the provider and if you make a purchase, Techtoyreviews will receive a small amount of support.
@Techtoynews
Previous Feiyu G6 Max, AK2000S, Vimble 2S, Vimble 2A Gimbals, and TFeiyu QING Motion Control Device Launched: Price, Pre-Order
Next Lastolite launches new Chroma Key Blue 13′ Panoramic Background 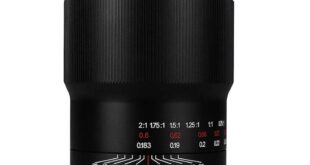