Heritage Audio continues to be inspired by Neve and introduces two new products, the HA-81A, and the Baby RAM. A channel strip with Mic Preamp and EQ section and a passive monitor controller hide behind the names.

The manufacturer combines two classic consoles under one hood. First of all, there is a legendary 73-style preamp with 80dB of gain, was introduced in 1972 as a 4-band upgrade from 1073, 1081 was deployed in classic Neve boards such as the 8048. It is merged with an equalizer from the 81 series.

Class A circuit featuring Carnhill and St. Ives input and output transformers are in the preamp section, which in addition to gain offers output trim, a -20dB pad, 48 V phantom power, and a switch for reversing the phase.

On the back, there are separate XLR inputs for line and microphone signals and the XLR output. The DI input is on the front in the jack format. The 4-band inductor EQ has high and low pass filters and, according to the manufacturer, the HA-81A’s EQ section is an exceptionally musical 4-band, an inductor-based circuit with high and lowpass filters, plus overlapping parametric low- and high-midrange bands.

Heritage Audio HA-81A Mic Preamp has been priced at $1,099 and it can be pre-ordered through the Bhphotovideo.com store.

Baby RAM is a passive monitor controller, which is in a compact housing and should not be inferior in quality to the larger models in the series. The controller only concentrates on the most important functions: two stereo inputs and two stereo outputs, which can be selected and assigned using the two dedicated buttons. According to the manufacturer, the incoming signals should not be colored or affected in any way.

In addition to the 24-step rotary switch for volume, there are only buttons for mute, mono, and dim. You have to do without further features. But sometimes it really doesn’t have to be anymore. The connections of the jack sockets are gold-plated according to the manufacturer. A power supply is not necessary due to the passive design.

The price should also appeal to some people, it can be pre-ordered via the Bhphotovideo.com store for $179 is perfectly fine.

Last month, the SPL crescendo audio has introduced the Crescendo Duo 2-channel Microphone Preamplifier and is suitable for both individual signals and stereo recordings. As with the large 8-channel preamp, the company’s 120V Rail technology is also included.

He started this blog as a hobby to show his affection for gadgets, but over the time this hobby became professional. And now he is working as a full-time blogger, but in free time he loves watching movies and games. PayPal donation for TechToyReviews will be appreciated.
@ankit4554
Previous Asus ProArt Display PA248QV and PA278QV Monitor Screens for Creative Professionals
Next Belkin launches Thunderbolt 3 Dock Core Docking Station 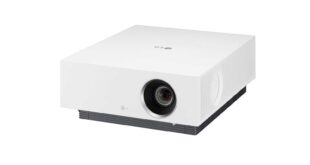