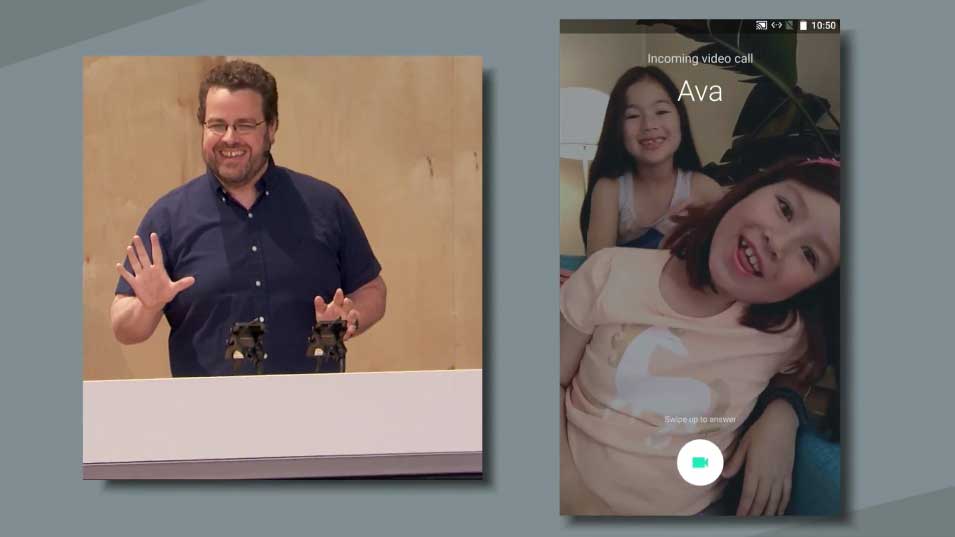 Similar to Allo, Duo also uses the phone number to sign up and will be available on both Android and iOS. The interface of the Duo is very simple, when you open the app, the camera will automatically activate and has a feature called Knock Knock which basically shows you a preview video of the caller, before picking it up. This function is very useful, especially for the girls when her boyfriend is calling, she will have enough time to check herself in the mirror before pressing the call button.

To make a call, you simply click on the representing round image in contacts. The controls are also similar to multiple free video calling apps, such as off the mic, but the current version of the Google Duo app has yet to support group conversations.

The quality of the video call will adjusts according to available network. Google said Duo will make calls in HD (720p) with sound. Google has been optimized Duo applications that work well even on slow network connections, so if bandwidth is limited, the application will automatically adjust the video and audio quality to maintain a stable connection. In addition, the application also automatically switches between mobile data to Wi-Fi connection when available without interrupting the call. And similar to Allo, Google Duo also ensures end-to-end encryption technology.

He is newbie on the Techtoyreviews. An enthusiastic mechanical qualifier who additionally Interested in the latest gadgets and tech. An exceptionally tech savvy who is always discovered reading or writing on technology. In spare time like to peruse books and playing Cricket. PayPal donation for TechToyReviews will be appreciated.
@jigneshdudakiya
Previous Google Allo Smart Messaging App with integrated Google Assistant
Next Android Instant App: Open app without Installing (Google IO 2016)