Gionee A1 Surfaces in Leaked Live Images, Price and Specifications

There have been a few leaks about the Gionee is working on new A-series smartphones line-up including Gionee A1 and Gionee A1 Plus and both the latest Gionee phones are expected to be launched on February 27 in Barcelona at MWC 2017 event. Now, fresh live images of the alleged Goinee A1 smartphone have surfaced on the Internet and it has made an appearance in Nepal as well. 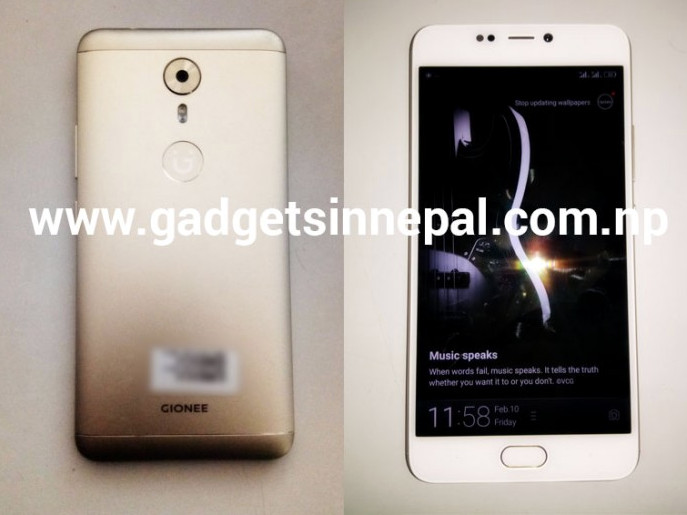 All new images shared by Gadgetsinnepal, the Gionee A1 sports a 5.5-inch IPS LCD display with Full HD (1920 x 1080 pixels) resolution and 2.5D curved glass protection on top of it. The handset will run Android 7.0 Nougat based on Amigo OS 4.0 out-of-the-box. It is expected to be powered by a 1.8 GHz Octa-core MediaTek processor coupled with 4GB of LPDDR3 RAM. A1 is tipped to have 64GB of inbuilt storage and micro SD support up to 128GB.

In terms of optics, the leaked news suggests that the Gionee A1 smartphone will pack a 13-megapixel rear camera with dual LED flash, PDAF and an 16-megapixel camera at the front for taking selfies.

The leaked Gionee A1 images also show a fingerprint scanner at the back. As per the leaks, the device is expected to house a 4010mAh battery with support for 18w fast charging. For connectivity, includes 4G VoLTE, Wi-Fi 802.11 ac/a/b/g/n, Bluetooth 4.1, GPS, microUSB 2.0, and 3.5mm audio jack. 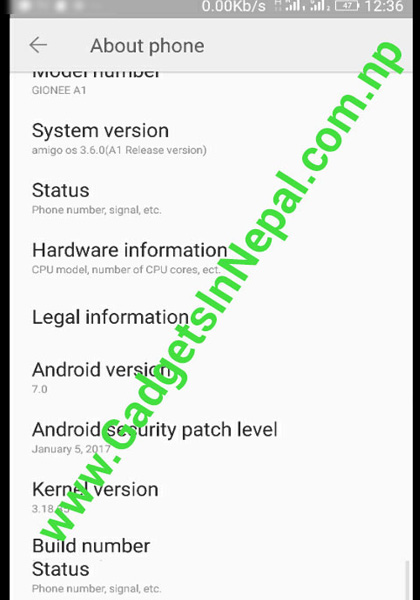 Even though the leaked Gionee A1 specifications, the source also revealed the price of the device will be around NPR 35,999 – approximately $336 USD; and also expected to launch in Nepal on 15th March.

Thanks for reading! If my article helped you, I would be happy if you visit Techtoyreviews again and follow it on Social media. This article contains partner "affiliate" links. Clicking on it will take you to the provider and if you make a purchase, Techtoyreviews will receive a small amount of support.
@Techtoynews
Previous 1More iBFree Review: IPX4 Sports Bluetooth In-Ear Wireless Headphones
Next Avantree Apico Mini Bluetooth Headset, Weighs 3.8g, 3 hours Battery