New Gigabyte Aorus RTX 3090 Gaming Box based on the powerful Ampere GPU can already be purchased. New Aorus gaming box remains to be seen whether the bandwidth of Thunderbolt 3 is sufficient to exhaust the performance of the high-end graphics card.

The housing of the Aorus gaming box is identical to the variant that is equipped with an Nvidia GeForce RTX 3080, so the box measures 300 x 140 x 173 mm with a weight of 3.9 kilograms. The black metal housing is retained, as is the subtle RGB lighting on the front; there are only differences on the rear, namely in the connections.

The new version with the GeForce RTX 3090 is equipped with three DisplayPorts and two HDMI connections for connecting several monitors, in addition to the Thunderbolt 3 USB Type-C port for connection to the computer, of course. The bandwidth of Thunderbolt is used to provide the user with three USB ports and Gigabit Ethernet. The power supply is getting an upgrade, with 550 watts and an efficiency of 90 percent, more than enough power should be offered to operate the GeForce RTX 3090.

This new Gigabyte gaming box is already available to buy on Amazon.com with a priced tag of $3,299.99.

For this outstanding powerhouse, you will also need a gaming display that enhanced your gameplay and take it to another level. We have also reviewed some of the Gigabyte gaming monitors: Gigabyte G32QC, and Gigabyte G34WQC. Maybe you like them and will help you to complete your gaming combo.

He started this blog as a hobby to show his affection for gadgets, but over the time this hobby became professional. And now he is working as a full-time blogger, but in free time he loves watching movies and games. PayPal donation for TechToyReviews will be appreciated.
@ankit4554
Previous Asus Chromebox 4 Mini Desktop Computer with WiFi 6, Three 4K Display Support: Price, Specifications
Next Yongnuo YN35mm F2S DF DSM Prime Lens for Sony Cameras: Price and Specifications 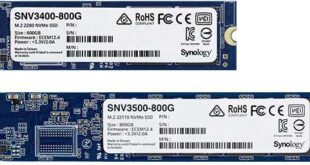