After releasing major graphics cards of the new generation, NVIDIA began to master other price segments. Another innovation has become the cheapest of current RTX solutions – although adjusted for mining fever. Will this budget be the new leader in ray tracing devices? Let’s have a look at this GIGABYTE GeForce RTX 3060 review.

Is 12 GB enough for all except miners?

For several generations in a row, NVIDIA graphics cards with an index of 60 have occupied an intermediate link between budget and flagship solutions, enjoying their considerable popularity. So, the GTX 1060 still holds the lead in the Steam chart, almost three times ahead of the newer RTX 2060. But it is getting more and more difficult for her to drag AAA hits, and the youngest member of the Turing family turned out to be not very successful. As time has shown, the amount of video memory and performance in scenarios with ray tracing of the G20 were right back at the start of sales.

The GeForce GTX 3060 has become a type of error correction for the vendor. The video memory capacity was doubled at once, and the second-generation RT cores, although they lost in number, have become more “evil” and perform almost twice as much work as compared to their predecessors. The same is true for the tensor core responsible for neural network computing, including DLSS upscaling, which allows you to play in high resolution without overloading the GPU. We have already talked about all of the innovation that was brought to “green” in previous reviews of new products in the Ampere Architectural Changes series.

The “heart” of the video card is the GA106 graphics chip. In terms of its structure, it is identical to the flagship solutions, although it is cut in terms of characteristics. As usual, the key components went under the knife: streaming multiprocessors (SM), texture units, and CUDA cores. However, compared to the TI-version, the disadvantages were not significant, and in terms of the amount of video memory, the more economical model also took the lead. At the same time, even in a lightweight configuration, the new product significantly outperforms its predecessor in pure computing power – it’s more reasonable to compare it to the RTX 2070.

For our GIGABYTE GeForce RTX 3060 review, we got a copy of NVIDIA GeForce RTX 3060 GAMING OC performed by GIGABYTE. The graphics card does not have a reference version, so its design cannot be compared with a reference one – you will have to evaluate it as it is. Despite the status of a gaming card, the card turned out to be relatively compact and occupies only two expansion slots in thickness. At the same time, the seller did not survive the cooling: a giant radiator with direct contact of the heat pipe to the crystal also covered such heat-sensitive areas as VRM elements and memory chips.

A trio of 80mm fans is responsible for heat dissipation, one of which rotates in the opposite direction to reduce turbulence. The upper end of the graphics adapter has an 8-pin additional power connector (150 W). Considering the declared power consumption of 170 W, its “bandwidth” will be sufficient for the new product, as another 75 W can be given by the PCI-Express slot. An interesting solution looks like an LED indicator next to the connector. If you forget to turn on the power, it will light up with a bright white light, and if there is a power shortage due to power supply problems, it will start to blink, indicating a malfunction.

The set of interfaces on the front panel is standard: two DisplayPort 1.4 and a pair of full-size HDMI 2.1 with support for G-SYNC technology. Through HDMI 2.1, NVIDIA’s adaptive sync will work on all monitors and TVs that support it. A nice bonus is the metal backplate: it not only gives the structure extra strength but also acts as a passive radiator.

Since the GIGABYTE RTX 3060 is a stripped-down RTX 3060 Ti, comparisons with this particular model point out in the first place. The benefit of the GIGABYTE 3060 over the old 2060s is obvious – much more interesting to evaluate its development, with tests formally higher in the hierarchy of the “Green” RTX 2070 that it encountered in trials. The configuration corresponding to the mid-range assembly was used as a test bench.

A powerful processor and a sufficient amount of RAM are designed to reduce the risk of bottlenecks. For drives, in principle, it was possible to use an even faster model with the PCI-Express 4.0 interface. But, as previous tests have shown, such upgrades have no practical benefit – the prohibitive speed of copying huge files does not affect the frame rate.

Unlike the flagships of the series, the GIGABYTE GeForce RTX 3060 gaming oc 12g is not positioned as the optimal solution for 4K gaming. Best of all, the “sixties” of the latest generations show themselves in 1440p resolution, which is increasingly crowding out Full HD in the consumer segment. When using DLSS, you can increase or increase the frame rate. However, the upscaling crutch erodes the real computing power of the video card, so we did not use this technology in testing. First, the traditional “synthetics”.

In terms of heating, the GeForce RTX 3060 12GB gddr6 offered no surprises. At room temperature without loading the GPU, the fans shut down, and the thermal sensor showed a constant 37–39 ° C. The Ti version of the GeForce RTX 3060 12GB showed approximately the same performance. When using the GPU to its fullest and overclocking to 1995 MHz, the “experimental” was able to heat to a maximum of 69 ° C, and the noise level of the cooler overclocked to almost 2000 rpm did not exceed 37 dB. This is partly due to the proprietary bearings, partly to the special shape of the impeller, as well as a special grease based on graphene.

Considering factory overclocking, the GIGABYTE card runs roughly on the roof of the graphics chip. If you wish, you can play around with increasing the power consumption limits: for example, with a good power supply, it can be turned up by almost 20%, and the GPU clock speed – by 150 MHz without losing stability. But at the same time, power consumption will increase to about 190 W, and with this the temperature: the test specimen with manual overclocking “sold out” to 78 ° C. Whether the game is worth the candle is a philosophical question.

After the benchmark, the time has come for games – the main front of the new graphics accelerator (not counting mining). All titles in the below table were run at 1440p at maximum settings – this allowed us to determine the margin of “playable durability” of the model.

Since our GIGABYTE GeForce RTX 3060 review was performed at maximum graphics settings, the device would give a steady 60 fps with a minimum twisting of the slider in most games. In some cases, DLSS can speed this up, and owners of full HD monitors and esports have nothing to worry about. As expected, the model’s performance is nearly identical to the GeForce RTX 2070. Also, it surpasses the annoying limits of its predecessor in terms of video memory, which is clearly noticeable in entertainment demand. The status of the junior model of the series did not prevent the GeForce RTX 3060 from gaining support for all proprietary technologies designed for gamers and streamers.

NVIDIA Reflex Low Latency will be of interest to esports fans: it reduces the latency of viewing images on the display and is especially relevant when using overclocked monitors. In return, NVIDIA broadcasting comes in handy for those who prefer to share their screen on Twitch or YouTube.

In this case, the video card will allow you to get rid of the green canvas behind your back by dragging the desired background on the fly. At the same time, it will process the sound and cut off unnecessary background noise, like the crack of a mechanical keyboard.

GIGABYTE GeForce RTX 3060 has become an excellent alternative to hardware and is morally obsolete in terms of hardware capabilities, predecessors suffering from a lack of video memory. At 1080p, its capabilities are sufficient for more than one platform upgrade, and due to DLSS and 12 GB GDDR6 at 1440p, it will last more than a year.

It is only the price that prevents it from taking an edge in national ratings, starting from $499.99 on Bhphotovideo.com and Amazon.com or Amazon.co.uk websites. However, it is no longer sufficient in all budget segments.

Recently, we also reviewed the AMD Radeon RX 6700 XT which was also designed for the mid-range segment. It does an excellent job with any current game in full HD or 1440p if you don’t give all settings the maximum bend and forget about the existence of ray tracing.

He started this blog as a hobby to show his affection for gadgets, but over the time this hobby became professional. And now he is working as a full-time blogger, but in free time he loves watching movies and games. PayPal donation for TechToyReviews will be appreciated.
@ankit4554
Previous Best Streaming Apps to Download in 2021
Next HIFIMAN HE400se Hands-On: New Gen Magnetic Planar Over Ear Headphones 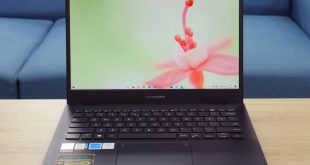 With Xperia 1 III, you get the feeling of having a real laboratory of Sony …