This lens is designed for a wide range of shooting styles and is extremely compact. It features an aperture ring with an F aperture scale so that users can visually check and adjust the aperture value without having to look at the camera’s display or viewfinder. The aperture ring also has an auto-lock position (A), which allows the lens aperture to be locked to prevent unintentional adjustments during use.

The optical construction of the XF 27mm F2.8 R WR is composed of 7 elements in 5 groups, including one aspherical element that suppresses spherical aberration, field distortion, and distortion.

This lens is designed with seven sealing points to keep moisture and dust out. It is stated that the design of the optics will work at temperatures down to -10 degrees.

Despite its compactness, the lens has an autofocus drive. Moreover, the manufacturer reports that the design of the new optics will ensure high speed and accuracy of autofocus.

The Fujifilm XF 27mm F2.8 R WR is one of the thinnest and lightest lenses in the XF series. Its diameter is 62 mm and its length is 23 mm. The lens weighs 84 grams. By the way, this lens is an updated weatherproof version of the Fujinon XF 27mm F2.8 lens (released by Fujifilm in 2013).

Fujifilm XF 27mm F2.8 R WR lens has been priced at $399 and is now available to pre-order on the Bhphotovideo.com store, shipping will starts from 25th March 2021.

The lens with autofocus and the widest aperture in the world for a large-format camera system. This is what Fujifilm calls this lens.
It has a standard focal length of 80mm (63mm equivalent at full frame). This optics has a record aperture in the Fujifilm G Mount line (medium format optics).

The bokeh effect expected from the wide aperture of the GF 80mm F1.7 R WR is sure to make any shot look incredibly aesthetic, says Fujifilm. The optical design allows for the suppression of spherical aberration and aesthetic bokeh that is unlikely to be achieved with any other large format lens.

The lens features a rounded 9-blade aperture. The optical design consists of 12 elements in 9 groups. These include an aspherical lens and two ultra-low dispersion lenses.

The physical aperture ring allows for intuitive adjustment over exposure settings and incorporates a C (Command) position to permit a camera-based aperture setting.

It has an autofocus drive, face/eye detection support, which employs a sophisticated focusing algorithm to accurately focus on a person’s face or eyes, even while moving.

The lens weighs 795 grams, length is 99.2 mm, and 77mm filter thread size. The lens is designed with 10 sealing points to keep out moisture and dust. Support for the operation of optics at temperatures up to -10 degrees is declared. Also, this optic received a special fluoride coating on the front lens. It prevents contamination and serves as additional protection.

Fujifilm GF 80mm F1.7 R WR lens has been priced at $2,299 and is now available to pre-order on the Bhphotovideo.com store, shipping will starts from 11th March 2021.

The third lens announced by Fujifilm features a variable focal length. This is a telephoto zoom with optical stabilization – XF 70-300mm F4-5.6 R LM OIS WR (107-457mm at full frame). The manufacturer emphasizes that in terms of dimensions this lens ” looks more like a standard zoom than a telephoto lens.”

The weight of the new lens is 580 grams, and 132.5mm in length. The optical design of the lens consists of 17 elements in 12 groups. These include one aspherical lens and two low dispersion lenses. It is equipped with optical image stabilization (OIS) with an efficiency of up to 5.5 stops.

Possibilities of fast and silent autofocusing are declared. The lens received a linear autofocus drive. The maximum magnification available with this lens is 0.33x or 0.5x (full-frame equivalent) when shooting close-ups 1: 2.

When combined with the XF2X TC WR teleconverter, the maximum magnification is 0.66x, which is the 35mm format equivalent for 1: 1 magnification and is a prerequisite for achieving the results you expect from macro photography.

Declared resistance to dust and moisture. The structure is protected by 10 sealing points. As well as with the other two lenses announced by Fujifilm, this lens can operate at temperatures as low as -10 degrees.

He started this blog as a hobby to show his affection for gadgets, but over the time this hobby became professional. And now he is working as a full-time blogger, but in free time he loves watching movies and games. PayPal donation for TechToyReviews will be appreciated.
@ankit4554
Previous Fujifilm GFX 100S With 102MP Sensor, Fast Focus, and Compact Design
Next Universal Audio Debut Three New UAFX Pedals 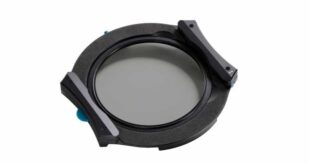 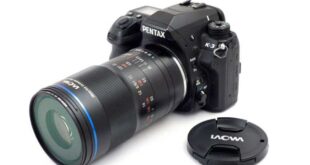 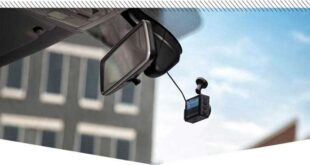