Just after the listing of the PS4 Slim Gold Edition, Microsoft has finally unveiled the official name of its Project Scorpio, the new gaming console which is officially called the Xbox One X, gaming console which comes with 6 Teraflops, Dolby Atmos and DTS:X surround. The Xbox One X price is $499 / 449 GBP / 499 EUR / 599 CAD / 649 AUD and will be sold starting from November 7, 2017. It will come with 1-month free Xbox Game Pass subscription and a 14-day free Xbox Live Gold membership. 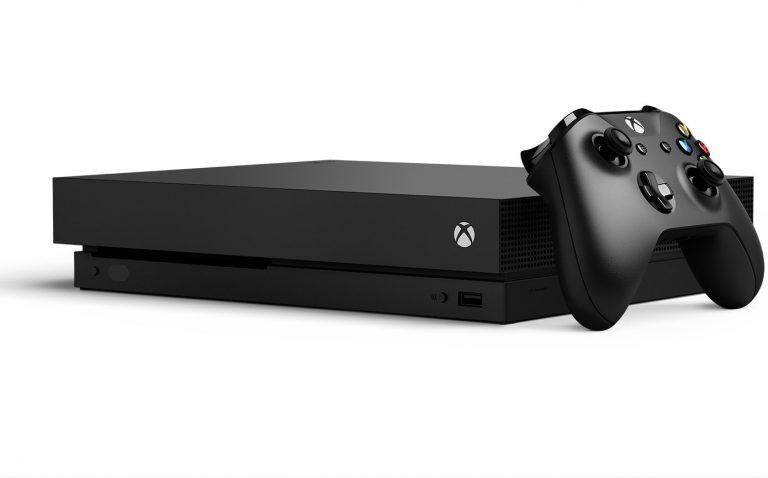 The Xbox One X offers 6 Teraflop GPU will be able to ensure a smooth 4K gameplay, packs 12GB DDR5 graphic memory and the memory bandwidth equally to 360GB/s as one of the most powerful gaming console said by Microsoft. It is powered by a 2.3GHz octa-core Custom AMD CPU clubbed with 8GB of flash memory and 1TB HDD internal storage.

Confirmed the presence of Ultra HD 4K Blu-ray player and is compatible with all games, available on Xbox One and Xbox One S. It uses advanced liquid cooling and the supercharger-style centrifugal fan to ensure it stays cool. It is now more compact, but 40 percent increase in power.

At the event, Phil Spencer has confirmed the Xbox One X price as well as Xbox One X Enhanced versions of existing Xbox One games including Gears of War 4, Forza Horizon 3, Minecraft, Resident Evil 7, Final Fantasy 15, Rocket League, each upgraded to take advantage of Xbox One X’s additional performance. In addition, some of this year’s biggest blockbuster including Forza Motorsport 7 will be launching in true 4K, said the company.

Thanks for reading! If my article helped you, I would be happy if you visit Techtoyreviews again and follow it on Social media. This article contains partner "affiliate" links. Clicking on it will take you to the provider and if you make a purchase, Techtoyreviews will receive a small amount of support.
@Techtoynews
Previous Sony Xperia XZ Premium Price in USA, Pre-orders, Specifications, and More
Next E3 2017: The Evil Within 2 and Wolfenstein II: The New Colossus Price and Availability