New Mavic drone received 3-axis gimbal sports a 1/2″ CMOS sensor capable of capturing 8K Hyperlapse time-lapse shots, 4K60 video, 240 fps slow-motion 1080p video, and up to 48MP stills. You can also shoot video with HDR at a resolution of 4K and at a speed of 30fps, there is also a high-speed shooting mode of 240fps 1080p.

According to the manufacturer, the DJI drone received an artificial intelligence system with improved recognition of the situation to automatically select the optimal shooting mode, such as daytime HDR or nighttime hyper-lapse.

The new SmartPhoto mode also allows you to shoot 12MP frames using one of three options: the first is HDR, which allows you to take seven photos with different exposures and combine them together to optimize the dynamic range of the image; the second mode is Hyperlight, which is a low-light mode that will take several photos and combine them together to create one image with less noise than would be possible with one image; and the third mode is the Scene Recognition mode, which automatically analyzes the scene and selects one of five presets (sunsets, blue sky, grass, snow, and trees) to apply to the image.

This commercial drone has become a little heavier and weighs 570 grams instead of the previous 430. It boasts improved engines and aerodynamics. Flight time also increased, DJI uses new engines and electronic speed control (ESC) in combination with advanced battery technology to provide a maximum flight time of 34 minutes on a single charge. Video transmission technology allows the drone to travel up to 10 km.

Transmitting live video from the foldable drones to a mobile device is done with DJI’s OcuSync 2.0 protocol, which has been updated to support both 2.4GHz and 5.8GHz frequency bands, as well as an auto-switching feature, to offer a maximum range of 10km (6.21 miles) when unobstructed.

The Mavic Air 2 foldable drone also features an Advanced Pilot Assistance System (APAS) 3.0, which is a new obstacle avoidance technology that will recognize when an object is in the drone’s flight path and reroute the drone accordingly. AirSense technology has also been included, which uses ADS-B aviation technology to help warn drone pilots of other nearby aircraft by displaying messages on the pilot’s screen, making sounds, and vibrating with compatible mobile devices.

DJI Mavic Air 2 price is $799 for the Standard model will include the DJI drone itself, one battery, the remote controller and all necessary cables. And Fly More Combo which will include everything in the standard version as well as a shoulder bag, ND filters, a charging hub, and three additional batteries, will retail for $988 and is already up for pre-orders via Bhphotovideo.com store and shipping will begin on May 11, 2020.

He started this blog as a hobby to show his affection for gadgets, but over the time this hobby became professional. And now he is working as a full-time blogger, but in free time he loves watching movies and games. PayPal donation for TechToyReviews will be appreciated.
@ankit4554
Previous Gigabyte Aero 17 HDR XB: Versatile High-end Laptop: Price, Availability
Next A True competitor for AirPods? Google Pixel Buds 2 is Finally On Sale 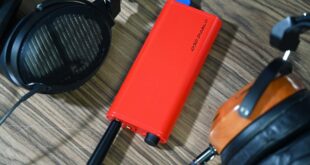