DJI has announced the launch of a new high-speed FPV drone designed for first-person control. This new DJI Quadcopter drone knows how to shoot video in high definition and is capable of accelerating to hundreds in a matter of seconds. And for more convenient control, a new controller was developed.

DJI FPV Drone is capable of speeds up to 140 km / h and accelerates to 100 km / h in just two seconds. On a single charge, the new DJI drone can stay in the air for up to 20 minutes. Among the features, the manufacturer notes the modularity of the design, which simplifies the repair and replacement of parts in the event of a breakdown.

The DJI new Drone is capable of recording video in a maximum 4K resolution at 60 frames per second. There is also the possibility of slow-motion shooting at a speed of 120 frames per second at a resolution of 1080p. The footage can be saved in both H.265 and H.264 formats. The camera lens provides a viewing angle of 150 degrees, and GoPro’s proprietary RockSteady stabilization system ensures smooth images.

The manufacturer claims that the camera Quadcopter drone can maintain a stable connection with FPV Goggles v2 VR glasses at a distance of up to 10 kilometers, transferring data at speeds up to 50 Mbps. There are three modes for broadcasting images from a DJI FPV camera. In standard (40 ms latency), the pilot receives an image with a resolution of 1440×810 pixels at 60 fps and an angle of view of 142 ° or 50 fps at 150 °. In smooth mode, the latency is reduced to 28 ms, the resolution is still the same 1440×810 pixels, but the frequency can be 120 fps at an angle of 142 ° or 100 fps at 150 °. Finally, there is an audience mode that allows you to connect up to eight additional VR goggles to the drone at the same time.

The drone FPV is controlled using a traditional gamepad or a new one-handed controller. At the same time, there are three flight modes: normal with active functions of automatic obstacle detection, hovering in the air, and GPS navigation; completely manual, in which all control is carried out by the pilot himself; a sport mode that is somewhere in between the first two.

Recently, DJI has unveiled the DJI Mini 2, a compact drone that replaces the Mavic Mini. With unchanged dimensions and design (the weight stopped at 1 gram before the “registered” threshold in many countries of 250 grams), the DJI Mini drone has become better. Both in terms of flight characteristics and in terms of video recording parameters.

He started this blog as a hobby to show his affection for gadgets, but over the time this hobby became professional. And now he is working as a full-time blogger, but in free time he loves watching movies and games. PayPal donation for TechToyReviews will be appreciated.
@ankit4554
Previous BenQ SW271С 4K HDR Monitor is addressed to Photographers
Next Porsche Design Acer Book RS Review: Personal Porsche on the table 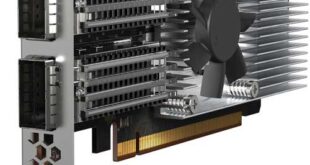 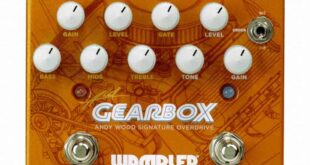