Devil May Cry 5 will be released in 2019 on PC, PlayStation 4 and Xbox One

After many rumors, Devil May Cry 5 has been finally unveiled on Microsoft’s stage at E3 2018. 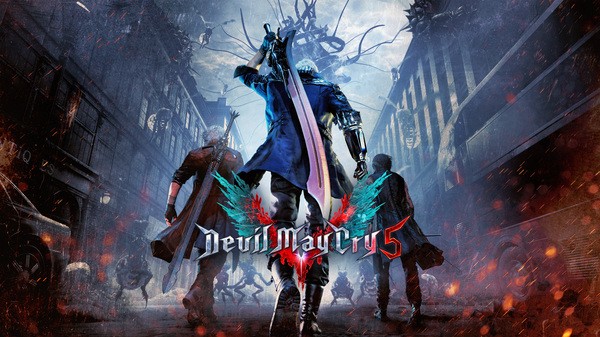 At a distance of 10 years from Devil May Cry 4, the series is ready to return with a real sequel, requested loudly by users. Devil May Cry 5 will then base the basics on the characteristics that have made the series famous, but promises a high-level technical division, an even more crackling and action-packed gameplay than in previous episodes.

“Years have passed since the events of Devil May Cry 4, and a lot has happened. Young demon hunter Nero has lost his Devil Bringer demon arm… but hey! He’s now heading his own branch of the demon-hunting business Devil May Cry. To make up for that lost arm, and keep his style rankings up, he’s enlisted the help of expert craftswoman Nico, a brand new character in the series, to lend a hand and build different types of prosthetic arms that unlock new badass combat abilities and devastating powers.”

Devil May Cry 5 will introduce new characters in the series, unpublished arsenals, powers, and abilities to be used against countless demons that will sow death and destruction. Confirmed the presence of three playable characters, each with their own look and unique playing styles.

The expected Capcom title will be based on the RE Engine, will feature a high-quality visual compartment and a frame rate set to 60fps. Devil May Cry 5 will be released in the spring months of 2019 and can be tackled on Xbox One, PlayStation 4 and PC.

Thanks for reading! If my article helped you, I would be happy if you visit Techtoyreviews again and follow it on Social media. This article contains partner "affiliate" links. Clicking on it will take you to the provider and if you make a purchase, Techtoyreviews will receive a small amount of support.
@Techtoynews
Previous Samsung Galaxy S7 and S7 Edge Android Oreo Update Rollout Begins, Samsung Experience 9.0 Included
Next Cyberpunk 2077 Trailer Video and Few Details at E3 2018