If you have purchased your super action camera and now you are ready to shoot your first adventure action video. But it is also worth noting that the result of the video you recorded is also sharp and shake free, worry not. After an exclusive offer on FeiyuTech Vimble C gimbal for action cameras and smartphones, which is still running and today we have FeiyuTech WG2 3-Axis gimbal with the coupon from TomTop store that you’ll find at the end of the article. 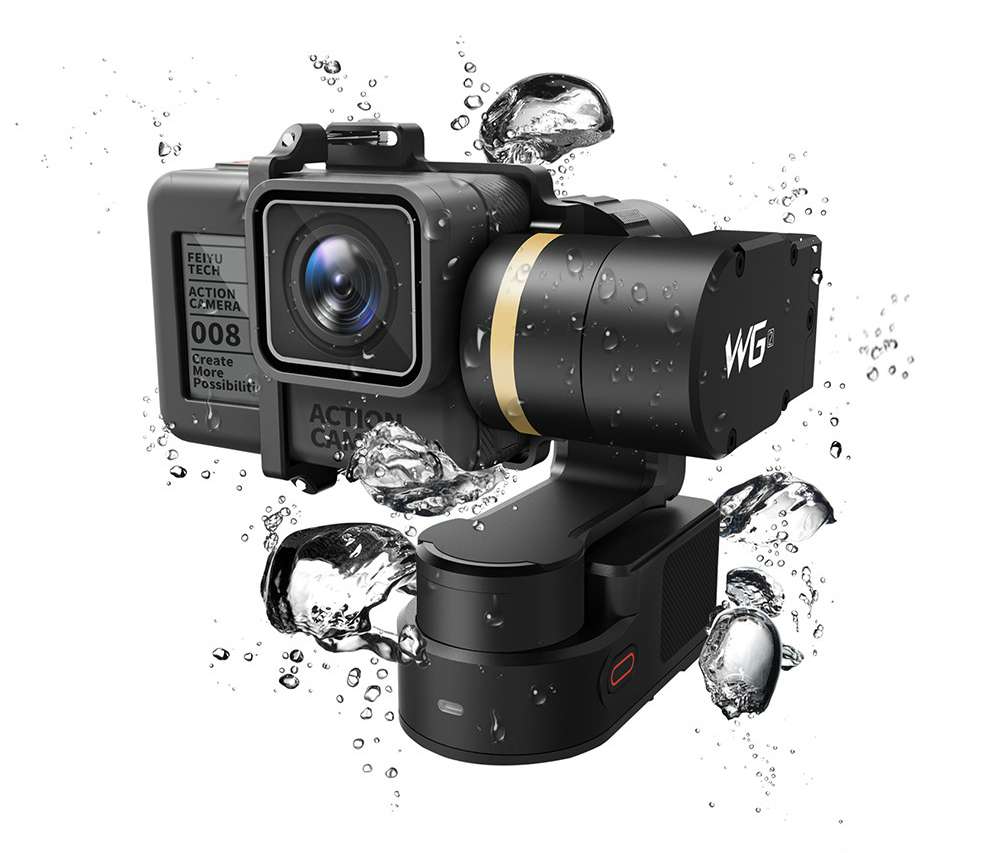 This new FeiyuTech WG2 3-Axis wearable gimbal for action cameras that works much better than an OIS system integrated with the camera sensor. It is designed for many different action cameras, it comes with an exchange mount for GoPro Hero4, Hero5, Session cameras, Yi 4K, SJCAM, EKEN, APEMAN, AKASO and other similar sized action cameras enabling you to replace the mount by hand without the need for any tools. The WG2 stabilizer has a compact design and can load up to 130grams.

FeiyuTech WG2 gimbal features both pan and tilt axis can rotate 360 degrees, so you can use the camera in any position you want. That’s a huge advantage over some smaller gimbals such as Vimble C we’ve seen yesterday. The gimbal also sports Feiyu ON app with remote control functionality along with support for Bluetooth remote control, which is awesome if you want to avoid any shakiness in those slow pan and tilt shots. 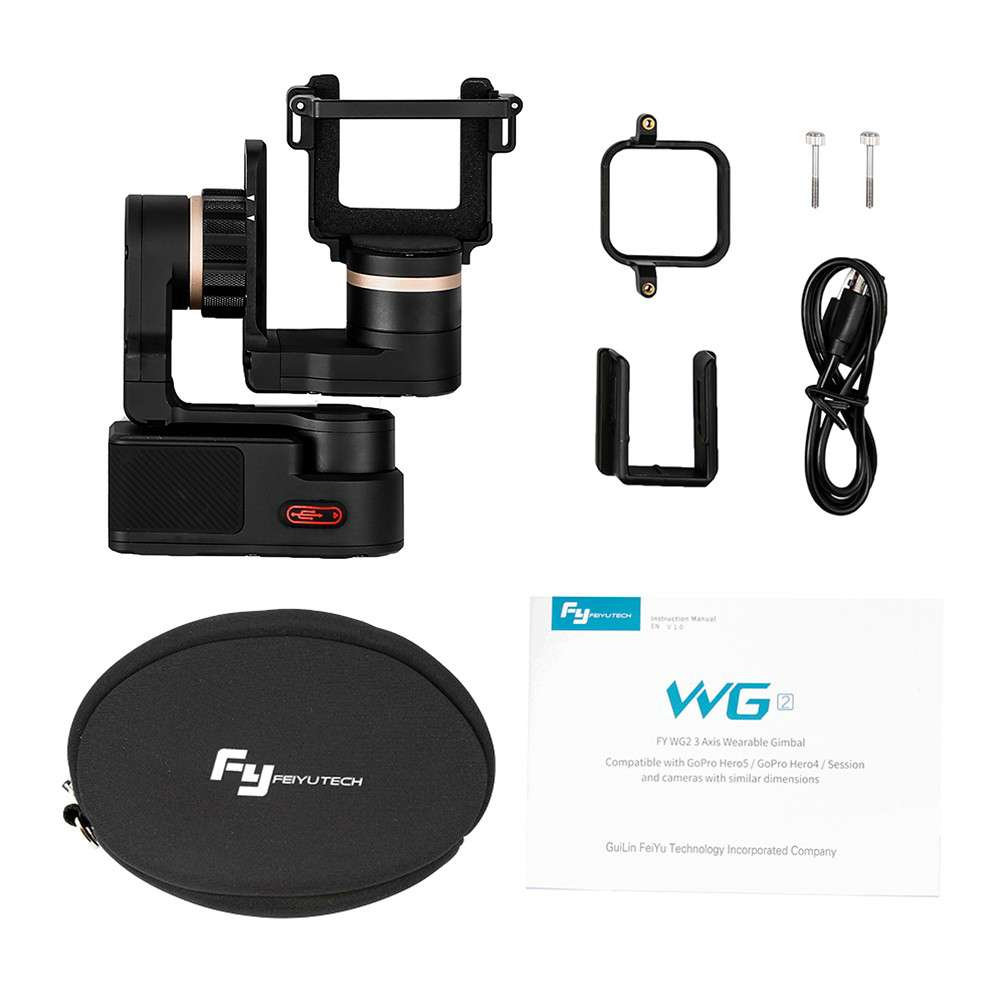 The WG2 is powered by its built-in lithium battery that allows you to use the gimbal for up to 2.5 hours, which is a very good result at this price point. It has a waterproof design enables it to be used underwater to around 0.5m for snorkeling, surfing, on rainy days.

The FeiyuTech WG2 3-Axis gimbal now listed at $298 in the store, but you can be purchased over at TomTop for just $238 using the Coupon code YYM4787, means a total savings of $60 on each purchase, isn’t it amazing deal from the store!

He is newbie on the Techtoyreviews. An enthusiastic mechanical qualifier who additionally Interested in the latest gadgets and tech. An exceptionally tech savvy who is always discovered reading or writing on technology. In spare time like to peruse books and playing Cricket. PayPal donation for TechToyReviews will be appreciated.
@jigneshdudakiya
Previous ViewSonic VP2785-4K 27-inch 4K Monitor With Frameless design Announced
Next Shuttle XH110G is Compact Barebone with PCI-E X16 Slot