Nokishita Camera has published a series of pictures of the Canon 200D (Canon Rebel SL2), the next version of the world’s smallest and lightest DSLR camera. On the whole, the new camera series is worth a lot of upgrades, but it will not be “small and light” anymore. As the series expands, we can see that the design of the Canon 200D has been significantly upgraded and more similar to the advanced models such as the 800D. The new camera is said to be using a 24-megapixel sensor with a maximum shutter speed of 5fps, as well as a built-in Vari-Angle Touchscreen LCD display. Canon is expected to introduce a new DSLR EOS 200D (Rebel SL2 or Kiss X8) at the CES 2016 event which will be held early next year. This will be the world’s most compact and lightweight DSLR camera, inherited the title from the Canon EOS 100D (Rebel SL1) debuted two years ago. Canon Rebel SL1 is also known under the name as Canon 100D or Kiss X7. Compared with its predecessor SL2 will have 24-megapixel sensor, shared between the 750/760D. Focus system is upgraded to Hybrid CMOS AF III, Digic 6 image processor and wireless charging capabilities.

Thanks for reading! If my article helped you, I would be happy if you visit Techtoyreviews again and follow it on Social media. This article contains partner "affiliate" links. Clicking on it will take you to the provider and if you make a purchase, Techtoyreviews will receive a small amount of support.
@Techtoynews
Previous JBL Pulse 2 Portable Speaker with Fancy LEDs and Good Sound, Priced at $189.99
Next Redmi Note 2 Pro with Metal body and Fingerprint Sensor Spotted 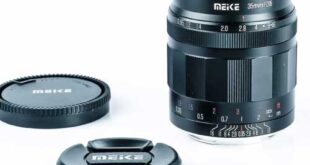