LEAGOO’s budget smartphones have always been popular globally. This has been primarily due to the fact that the Leagoo phones are priced at par with the budget smartphones from other Chinese companies and putting a phone from a renowned manufacturer surely gives the latter an edge over the rest. LEAGOO has just launched the Leagoo Alfa 1 which has got itself it a price tag of $99.99 and it is available for pre-order on GEARBEST. To Buy Leagoo Alfa 1 you have to order during 11th December to 31st December 2015. It is available in three color options of Midnight BLACK, Dazzling WHITE and ROSE GOLD. It can be shipped to Worldwide with free shipping and will start at around a week after the pre-sale ends on 31st December. 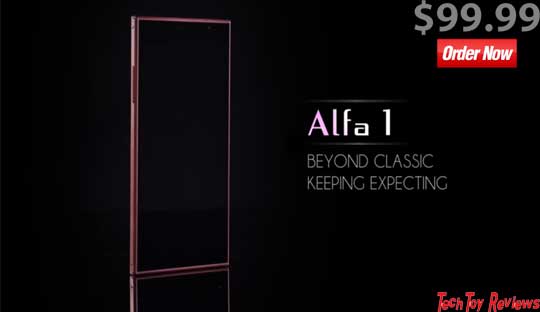 The Leagoo Alfa 1 has 5.5-inches wide IPS Screen with HD resolution of 720×1280 pixels amounting a pixel density of 267ppi to view HD video with the help of 1000:1 high contrast, deliver a superior viewing experience even under strong outdoor lighting conditions. The smart phone has a 13-megapixel Sony sensor on the back with LED flashlight and auto focus options, the front camera of 5-megapixel with Anti Shake, HDR, Face Beauty, Face Detection function. There is also a HOTKNOT function that easily transfers data and file between two smart devices fast and convenient to share information, but the both smart devices have HOTKNOT function.

Leagoo Alfa 1 is powered by a 1.3 GHz Quad-core (28nm Cortex-A7) processor that supported by MediaTek MT6580 SoC along with 2GB of RAM. It is perfectly combines smooth operation and low power consumption. The handset has a large internal memory up to 16GB and it will expand by external memory card up to 64GB, so you will enjoy more entertainment with store lots of videos and music.

The Leagoo Alfa 1 runs Android 5.1 Lollipop OS and supports dual SIM with dual standby. A 3000mAh battery will be present to give it the life for running for about one day of normal usage. Considering the fact that it doesn’t have to power some really high power specs, and also lack of 4G network so the battery should perform well enough for an average user.

On connectivity front, includes 3G, Wi-Fi 802.11 b/g/n, GPS, A-GPS, Bluetooth 4.0, Micro-USB 2.0 – OTG, 3.5mm audio jack and HOTKNOT options. The handset also includes Ambient Sensor, Proximity Sensor, Gravity Sensor to use the phone in a smart way. It measures 156.3 x 76.6 x 7.9 mm and weighs 163 grams which is very light weight and easy to keep in pocket so there is no problem to handle and care of that gadget.

Thanks for reading! If my article helped you, I would be happy if you visit Techtoyreviews again and follow it on Social media. This article contains partner "affiliate" links. Clicking on it will take you to the provider and if you make a purchase, Techtoyreviews will receive a small amount of support.
@Techtoynews
Previous Karbonn Titanium Moghul with 5.0-inch Display and 8MP Camera Launched
Next HTC One A9 Quick Review: Thinnest HTC Phone with 3GB RAM