BLU Products has announced its new handset dubbed the BLU Studio X Mini in US, it is a budget friendly Android based BLU Smartphone sitting up in the BLU’s range of products that BLU described as a stunning design and a 5MP camera with auto focus and trendy design. 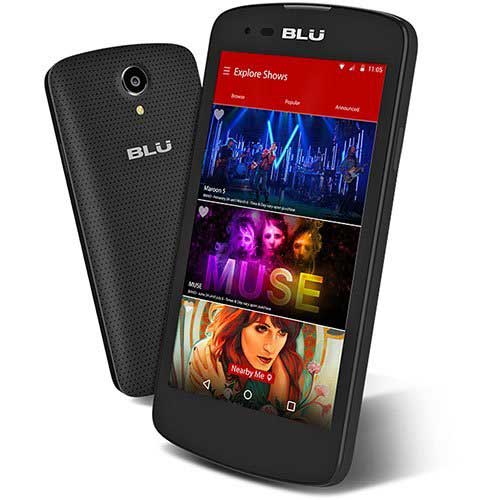 The BLU Studio X Mini features a 4.5-inch TFT LCD display with a FWVGA resolution of 480 x 854 pixels that can offer a decent pixel density of 217ppi. It is powered by a 1.0 GHz quad core processor that’s backed by MediaTek MT6735 chipset clubbed with Mali-T720 GPU. It packs in  1GB RAM and 8GB of inbuilt storage which can be further expandable via microSD card up to 64GB.

On the camera front, the Studio X Mini has a 5-megapixel autofocus rear camera with f/2.8 aperture and LED flash that is capable of recording videos with 720p at 30 fps, and features 1/4″ sensor size, geo-tagging, touch focus and face detection options. There is a 0.3-megapixel front-facing camera for video calling.

Out of the box this BLU Studio X Mini runs Android 5.1 Lollipop and the company has used redesigned interface along with Lock screen notifications and Project Volta with improved battery life. It is packed in 1800mAh battery is rated to offer up to 23 hours of talk time and up to 700 hours of standby time. It measures 133.7 x 65.8 x 10.8 mm and weighs only 122 grams.

He is newbie on the Techtoyreviews. An enthusiastic mechanical qualifier who additionally Interested in the latest gadgets and tech. An exceptionally tech savvy who is always discovered reading or writing on technology. In spare time like to peruse books and playing Cricket. PayPal donation for TechToyReviews will be appreciated.
@jigneshdudakiya
Previous LG Stylus 2 Plus with 16MP Camera and 3GB RAM Launched in Taiwan
Next Coolpad Max Price in India, Specifications and Availability