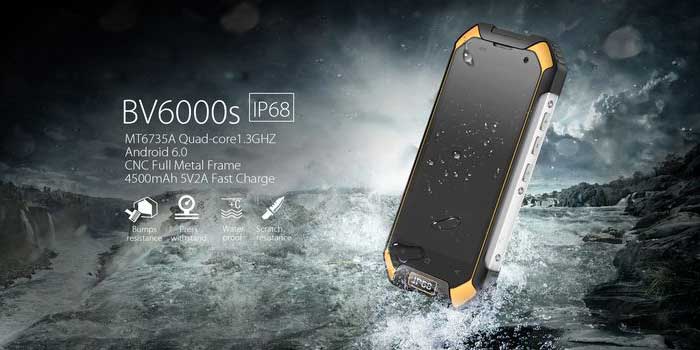 The Blackview, a Chinese manufacturer quietly launched the BV6000s and listed it on its official website without the price, but it will be available in Yellow, Black and Green color variants. The device will be sold on July 28, 2016.

The Blackview BV6000s, much like the BV6000, is dustproof, shock- and water-resistant with IP68 certification and can survive as low as -15-degree to -55-degree celsius temperature and 95-degree humidity. It meets CNC metal with Bi-material injection molding frame and corning gorilla glass 3 for shock, temperature, humidity, rain and altitude. It can operate in underwater to capture pictures.

The BV6000s, much like the BV6000s, runs Android 6.0 Marhmallow out-of-the-box. It features a 4.7-inch IPS display with a 720×1280 pixel HD resolution. The smartphone comes with 2GB of RAM and will be available in 16GB inbuilt storage model, with microSD card expandability up to 128GB. The BV6000s sports an 8-megapixel rear camera with LED flash, and a 5-megapixel front-facing camera.

Connectivity options include 4G LTE, Wi-Fi 802.11 a/b/g/n/ac, Bluetooth 4.1, USB 2.0, NFC, and E-Compass and Gravity Sensor. It features a 4500mAh battery  with Fast Charge technology that can be charged 100 percent in just 4 hours. The phone has an accelerometer, proximity sensor, a gyro sensor, digital compass, barometer, gesture sensor, and a light sensor. 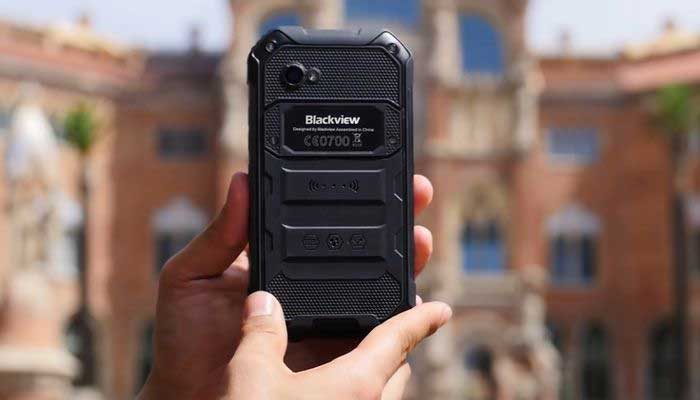 For comparison, the senior BV6000 Blackview Phone is powered by the 64-bit MediaTek MT6755 chipset is accompanies a faster clock rate of 2.0 GHz. It packs in powerful Mali-T860 GPU along with 3GB of RAM and 32GB of inbuilt storage which can be further expanded via microSD card up to 32GB.

Blackview BV6000, which the Chinese manufacturer claims to be one of the strongest outdoor and underwater Rugged phone in the market, is available for purchase via GearBest store for $219.99 USD.

He is newbie on the Techtoyreviews. An enthusiastic mechanical qualifier who additionally Interested in the latest gadgets and tech. An exceptionally tech savvy who is always discovered reading or writing on technology. In spare time like to peruse books and playing Cricket. PayPal donation for TechToyReviews will be appreciated.
@jigneshdudakiya
Previous Intex Aqua Pride and Aqua Q7N 3G Smartphones with Dual SIM Launched
Next Samsung CF791 Gaming Monitor with 34-inch Curved Display Announced