The Xiaomi Redmi Note 7 was launched back in April this year, and as part of the Bhphtovideo July 4th Deals, the device has received a temporary price cut. The phone is listed on store with as much as a $35 price cut and now starts at $214.99. The phone was launched in two variants – 3GB RAM + 32GB storage and 4GB RAM + 64GB storage option, and the 4GB RAM + 64GB storage variant is listed with price cuts on the e-commerce site.

The Xiaomi Redmi Note 7 was launched in USA for $249.99 for the 4GB RAM and 64GB storage configuration. But now it is currently listed on Bhphotovideo.com for $214.99 for the 4GB RAM + 64GB storage model. The phone comes in Nebula Red, Neptune Blue, and Space Black color options. Offers from B&H photo include flat discount and the store has confirmed that the Note 7 price has been cut for the limited time. There’s no clarity on when this offer will end.

For photos and videos, the Redmi Note 7 sports a dual rear camera set up along with a 48-megapixel Samsung ISOCELL GM-1 camera as the primary sensor in its dual rear camera setup, with the other camera being a 5-megapixel depth sensor. It has a 13-megapixel front-facing camera sensor supports AI Portrait mode and have features such as AI Beautify (4.0), Face recognition, HDR support, and AI scene detection to recognize up to 12 scenes.

He started this blog as a hobby to show his affection for gadgets, but over the time this hobby became professional. And now he is working as a full-time blogger, but in free time he loves watching movies and games. PayPal donation for TechToyReviews will be appreciated.
@ankit4554
Previous Vivo Z1 Pro With 6.53-inch FHD+ LCD Display, Triple Rear Camera, SD 712 Launched
Next Elago W6: Apple Watch Stand turns into iPod 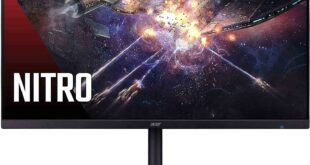