Best Powerline Adapter: How it Works and Which to Buy

In this article, we explain what is Powerline and how it works, as well as helping you choose the best Powerline adapter to buy. 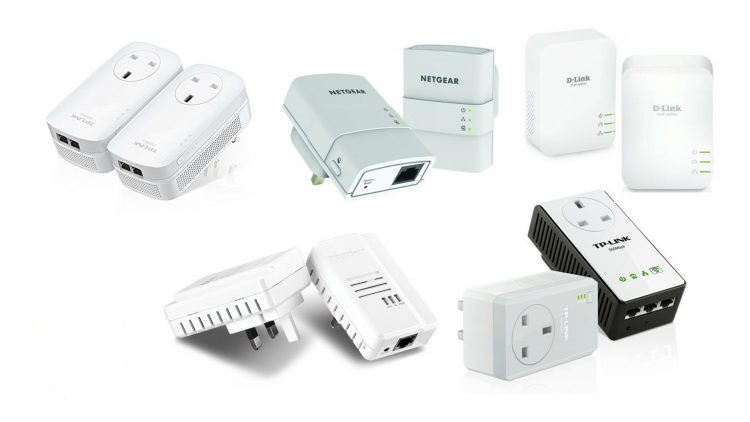 Powerline adapters are much more than just an alternative to WiFi range extenders: these devices, which connect to a power outlet, allow you to take advantage of your home electrical system to take your Internet network from one room to another without losing signal strength. A convenient and immediate solution to solve many problems when the WiFi network does not arrive in a room or you have many rooms in one house.

Powerline: What is it and How its Work

To operate a Power line adapter is quite simple: an adapter is plugged into a wall socket near the router/modem and the powerline network adapter is connected with an Ethernet cable to one of the free LAN port. The other Powerline adapter is instead placed in the room where you want to carry the signal. The following image will help you better understand what we are talking about. 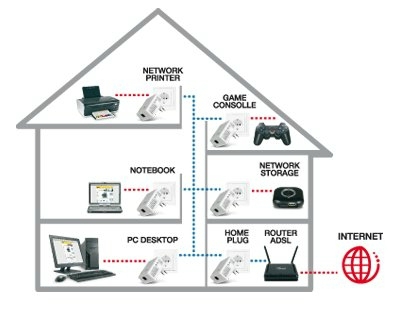 The connection is established between the two adapters by exploiting a higher frequency of the electrical signal, without affecting other values (voltage and intensity): while the pure electrical signal (without information) travels on 50 Hz electric cables, the modulated electrical signal from the Powerline adapters (containing the information) it is passed through electric cables at a variable frequency (from 60 kHz up to 50 MHz), allowing the two adapters to communicate and exchange data packets with the same efficiency as an Ethernet connection.

The two signals (pure and modulated) travel together on the cables without any problem considering the different frequencies, in a similar way to what happens with the telephone cable (where both the voice signal and the ADSL signal can pass together).

To the two starting adapters can be added other adapters, so as to extend the size of the LAN network via electrical outlets throughout the house (all other adapters will be connected to the same network managed by the main adapter near the router).

In order to work Powerline properly, you need to:

The speeds are variable and influenced by many factors, but with the HomePlug AV2 standard you can reach 600 Megabits per second (over 1000 Mbps in models that also use the grounding cable to increase the bandwidth), value to be divided by two: a 600Mbps powerline offers 300 Mbps downlink and 300 Mbps uplink. Very interesting values and superior to 10/100 Ethernet connections; if well exploited they will not make the difference with an Ethernet connection.

In addition to the Ethernet over Powerline, there is also WiFi powerline that allows you to create a wireless network from the adapter that can connect smartphones, tablets, and laptops in areas away from the WiFi router.

Here is the top 10 best-selling Powerline adapters are available at the moment on Amazon. The list is updated every day automatically.

He started this blog as a hobby to show his affection for gadgets, but over the time this hobby became professional. And now he is working as a full-time blogger, but in free time he loves watching movies and games. PayPal donation for TechToyReviews will be appreciated.
@https://twitter.com/Techtoynews
Previous LG G7 ThinQ With 16MP Dual AI Camera Launched: Features, Price, Specifications
Next Nokia X Hands-on Video Failed to Display Notch Design