Stuck at home without being able to work out? Having the best fitness activity tracker watch can help these hours to monitor your activities and escape a sedentary lifestyle. More economical alternatives to smartwatches, fitness bands allow you to obtain a series of features directly on the wrist, such as cardiac monitoring, sleep tracking, step counting, and, in some cases, notifications and the possibility of answering phone calls.

But what is the best fitness activity tracker watch to buy among all these? What is the best value for money, more functions, or better battery life? If you are unsure which health tracker to buy, this Techtoyreviews – buying guide can help you. We have gathered some of the best options available to answer which of these fitness bands will best suit you.

We will list in this best fitness activity tracker watch guide only models sold in the national market since making international purchases at present is a little complicated.

Recalling that the models are organized by price order. So there is no need to think like this, if the price is high, then the product will also be good. So it’s up to you to decide what matters most: resources or price.

In addition to the Honor Band 4, Huawei also has another smart bracelet on the market, which is called Huawei Band 4. Are you confused? Yes, they are similar products from the same company, but with different proposals. Huawei claims that its bracelet has a younger design with more modern skins.

Through the Huawei Watch Face Store, you can download different types of dials for Band 4, including sports themes, cartoons, and more. This Huawei fitness tracker also promises smarter tracking of physical activity with Huawei TruSeen 3.5 and healthier sleep with Huawei TruSleep 2.0. For physical activities, you will have detailed results of data such as heart rate, heart rate zone, steps, distance, speed, calories, and more.

It can be purchased via the Amazon.com for $32 only.

Is Mi Band 5 too expensive for you? The Mi Band 4 is still a great option in the market. It has a design similar to the model of the most current generation but has a slightly smaller screen. However, this does not interface with usability or even visibility during physical activity.

All data synchronized by the bracelet is made by the Mi Fit app, available for Android and iOS. Xiaomi promises an average battery of 20 days of operation, but in practice, it yields less than that. You can also keep track of incoming calls, messages, app notifications, and music played on the wristband screen. In addition to monitoring various types of activities, it also tracks the quality of your sleep.

The Mi Band 5 did not bring a great advance compared to the Mi Band 4. The screen increased and the native features received small improvements. Among the features is the remote control for the cell phone camera, support for a greater variety of physical activities, and a new way of charging.

A negative point in the Mi Band 5 is its battery that has been reduced, which compromises the juice a little. Xiaomi claims that the reduction was made to make the product lighter, which is half the weight of before. If you are looking for a smartband just to record walks or runs, as well as sleep and heart rate monitoring, then it might be more worth saving and buying the Mi Band 4.

Huawei also recently updated its cheap smartband, the Honor Band 5. The design follows the same as before and brings small improvements to the features and a new sensor to measure blood oxygenation (SPO²). One point that Band 4 owners expected is the support for customizable faces that is finally available in the new version.

As with the Xiaomi smartband, the Huawei fitness tracker also lost battery in the new version. Still, it delivers an average of 5 days of use with all active features. If you don’t care so much about the oximeter, then it might be better to save and invest in the old model – if you find it cheaper on the market.

Want an even more complete alternative than the Xiaomi Mi Band 5? Amazfit has a smartband with the same name and brings visual and several features of the Xiaomi model. It has a battery that lasts an average of 15 days with the use of various resources to monitor physical activities, stress levels, heartbeat, and sleep quality.

Its differentials are for the oximeter, absent in the global version of the Mi Band 5, what this sensor does is to measure the oxygen saturation of your blood. Besides, Alexa is supported so that you can give commands to the virtual assistant or ask questions without having your cell phone nearby.

Samsung is another one that recently renewed its basic smart band. Fit’s second-generation arrives with a 1.1-inch 3D screen and battery that promises to last up to 21 days. Even with a larger screen, the new health tracker is smaller and now supports more than 70 faces.

The sensors are the same as before, being able to monitor up to 90 different physical activities, as well as heart rate. This Samsung fitness band is a little pricy than the cheaper one Mi 4 we mentioned.

It can be purchased via the Amazon.com for $49 only.

He started this blog as a hobby to show his affection for gadgets, but over the time this hobby became professional. And now he is working as a full-time blogger, but in free time he loves watching movies and games. PayPal donation for TechToyReviews will be appreciated.
@ankit4554
Previous Pentax K-3 Mark III Hands-On Pictures: First Impressions
Next MOTU UltraLite-mk5 Audio MIDI Interface: USB-C, OLED Display, and More 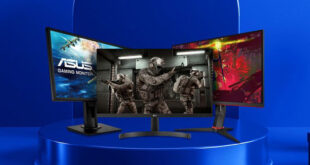 Best Gaming Monitors 2022: Which One to Buy 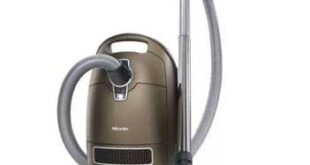 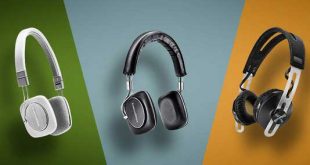 Bluetooth headphones are a necessary gadget for any modern student. But how can you choose …