Today we have the best deals on laptops in the UK, the models we are talking about are MSI Katana GF66 and Asus ROG Flow X13 (REVIEW) gaming notebooks.

The MSI Katana GF66 gaming laptop is currently being offered at Amazon.co.uk for only £799 with free shipping. The best laptop deals also continue on the Amazon.com store with a discount of up to $103. This model is regularly offered for a recommended retail price of 1,172, and the device is also not found below the list price in the price comparison.

For this price, buyers get an Intel Core i5-11400H with six cores, 12 threads, clock speeds up to 4.5 GHz, and an Nvidia GeForce RTX 3060 laptop GPU with 6 GB of GDDR6 graphics memory. The graphics chip is operated in the MSI Katana GF66 with a TGP of 85 watts, including Dynamic Boost, so it is not the fastest RTX 3060 on the market.

Another best deals on laptops go ahead with the Asus ROG Flow X13, it is currently one of the most powerful 13-inch gaming laptops with a GeForce RTX 3050 Ti on offer, which as a convertible is also versatile and therefore practically unrivaled.

As part of the best laptop deals, Amazon.co.uk is currently offering the Asus ROG Flow X13 in the configuration with a fast AMD Ryzen 9-5980HS processor, an Nvidia GeForce RTX 3050 Ti GPU, and 16 GB of soldered DDR4X RAM at a deal price of £1,889.99 including free shipping.

With the Asus ROG Flow X13, the well-known Taiwanese PC manufacturer has a truly unique gaming notebook in its range, which is also more in the upper segment in terms of price due to its respectable key data. However, thanks to the best deals on laptops with a well-known online retailer, a good configuration of the 13-inch convertible can now be obtained at the new best price.

He started this blog as a hobby to show his affection for gadgets, but over the time this hobby became professional. And now he is working as a full-time blogger, but in free time he loves watching movies and games. PayPal donation for TechToyReviews will be appreciated.
@https://twitter.com/Techtoynews
Previous Acer Nitro 5 AN517-55 Review: Powerful, but still has many limitations
Next MSI Optix G27C5 E2 170Hz gaming monitor with curved screen 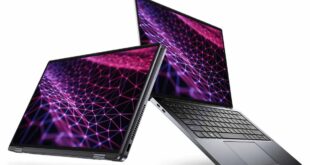 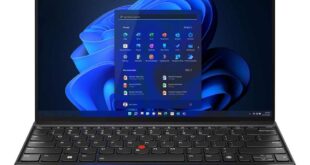 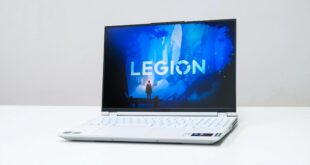 Performance and stability are the factors to consider when choosing a laptop. For modern gamers, …