BenQ X1300i is the new LED projector arriving on the US market in March. The Android TV projector has the appearance of a white cube with a black front and a small orange border. The dimensions are 272 (H) x 197 (W) x 259 (D) mm with a weight of 6.4 kilograms.

The technology used is DLP with a single 0.65″ DMD and Full HD resolution. The lighting system uses four LEDs in RGBB configuration and therefore with an additional blue LED compared to the more classic RGB source (red, green, and blue ).

The X1300i home projector supports 10-bit (1.07 billion colors) signals and covers 98% of the Rec.709 color space. HDR sources in HDR10 and HLG formats are supported. Among the functions present, we mention the Dynamic Black (optimizes the contrast ratio) and a suite of settings and tricks to improve the experience with video games. BenQ groups this package under the name of GameMaestro, an “umbrella” under which we find video modes specially designed for role-playing games (RPG), first-person shooter (FPS), and sports titles (SPG). Users can also take advantage of a sort of customizable equalizer with predefined settings for picture and sound.

Input lag, the delay in responding to commands, is significantly lower than the average for BenQ projectors. BenQ declares the following values:

The Full HD projector also has an integrated audio section with two treVolo speakers of 5 W each. To improve the sound, Bongiovi DPS technology was developed, a patented algorithm with 120 calibration points that optimizes the signal in real-time. The settings are changed according to the signal in use: when playing an RPG, for example, the DLP projector focuses more on the bass while in the FPS more emphasis is given to the surrounding sounds. You can also enhance the (virtual) surround effect with Dynamic Stereo Enhancement.

Included is the QS01 dongle, a certified Android TV product that fits inside a dedicated compartment on the top of the X1300i Android TV projector. Access to Google Play is also available (with all related applications) and you can also perform wireless casting from Android, iOS, Mac, Windows, and Chromebook devices thanks to the integrated Chromecast and compatibility with AirPlay 2.

Available connections include two HDMI 2.0b inputs with HDCP 2.2 (Ultra HD sources are repackaged to Full HD), one of which is equipped with ARC (audio return channel), a USB-A port (5V and 2.5 A), an optical digital output, an analog audio output on a 3.5mm jack and an RS232 port. The dongle slot provides an additional HDMI 2.0b connector and a micro USB cable for power.

BenQ X1300i Android TV projector is already available to pre-order on the Bhphotovideo.com and BestBuy.com online web stores, which will be available from March for $1,299.

Recently, LG has also introduced the CineBeam HU810P Home Theater projector, intended for use in the home cinema and comes with a piece of interesting equipment, priced at $2,69.99.

He started this blog as a hobby to show his affection for gadgets, but over the time this hobby became professional. And now he is working as a full-time blogger, but in free time he loves watching movies and games. PayPal donation for TechToyReviews will be appreciated.
@ankit4554
Previous Asus unveils TUF Gaming VG289Q1A HDR10 4K PC Monitor
Next LG UltraWide 49WL95C-WE 49-inch Curved Monitor Designed for Work and Play 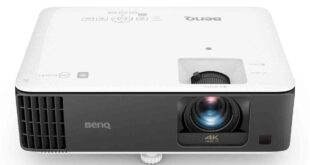 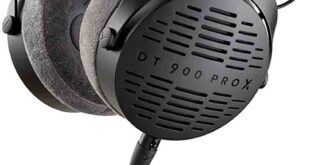 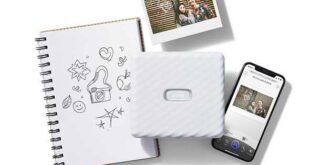 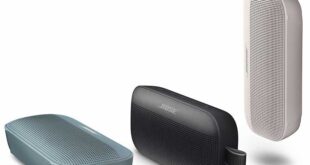