Astell & Kern continued to give their users a new direction of the advanced digital music is AK T1. 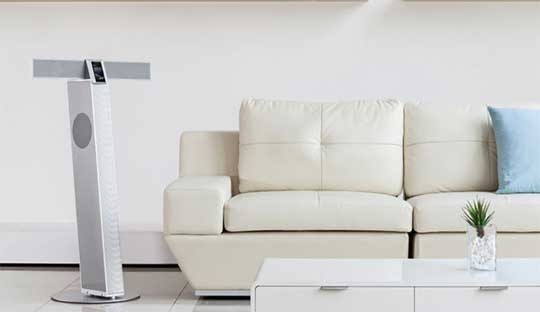 This new Astell & Kern AK T1 is All in One Sound System, capable of playing complete music, integrated amplifier, audio support via LAN, WLAN, Bluetooth APTX, even via microSD memory card, a feature that rarely seen on the high-end sound system. The AK T1 sound system can be easily controlled through the app which downloaded on your phone or tablet, supports playback audio from the AK380 or AK500N.

Astell & Kern AK T1 All in One music system is comprised of three main design elements – approximately height of 99.8cm and a width around 70 cm. Three-dimensional stereophonic sound encompasses independent left and right channels includes 2 19mm sized tweeters, two 50.08mm mids and especially two symmetrical dimensions 165mm subwoofer. Thus, the speakers can be placed in any position without much impact on sound quality. A sound system total amplifier output of 180W, 90W per channel including the left/right speakers. 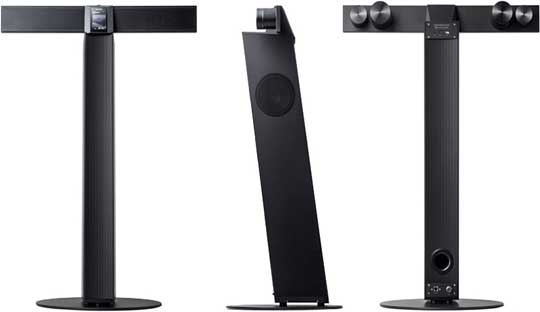 The AK T1 All in One speaker systems includes Hybrid Amplifier system was implemented rather than using a single type to maximize the advantages of both analog and digital amplifiers. In the hybrid amplifier system, an analog amplifier drives the tweeters while the digital amplifier drives the mid range and woofers. It also includes Cirrus Logic CS4398 DAC chip for signal processing portion. In addition to supported all standard audio formats – 8~192kHz; 8/16/24bits, the system also has the ability to play DSD64 (1bit 2.8MHz) and DSD128 (1bit 5.6MHz).

Thanks for reading! If my article helped you, I would be happy if you visit Techtoyreviews again and follow it on Social media. This article contains partner "affiliate" links. Clicking on it will take you to the provider and if you make a purchase, Techtoyreviews will receive a small amount of support.
@Techtoynews
Previous Vaio Z Canvas Hybrid Laptop will be available soon in US at $2,200
Next Ulefone Paris Specifications detail ahead of the Launch