The ATX board is powered by a 24-pin ATX connector and two 8-pin EPS connectors. The processor power subsystem is built on a 16-phase circuit. Powerful voltage regulators are equipped with large aluminum radiators connected by a heat pipe.

There are three PCIe 3.0 x16 slots on the board. When one of them is busy, it works in x16 mode, when two are busy, the lines are divided equally between them, and if all three are occupied, the third works in the x4 configuration (the same four lines are split into one of the M.2 slots). The list of expansion slots also includes two PCIe 2.0 x1 slots.

There are three M.2 slots for storage, each of which has four PCIe 3.0 lines, and two of them also have a SATA 6 Gb/s interface. There are eight SATA 6 Gb/s ports. The fourth M.2 slot is occupied by a wireless module that supports Wi-Fi 802.11ax and Bluetooth 5.

The board is equipped with two Thunderbolt 40 Gb/s ports, the signals of which are output to Type-C connectors, each of which has its own mini-DisplayPort 1.4 input, where the video card output is connected. There are two network ports: 10 GbE on the AQuantia AQC107 controller and 2.5 GbE on the Intel i225-LM controller. In the equipment, you can also highlight the USB 3.2 Gen2 ports and the audio subsystem with the Realtek ALC1220 codec and the ESS Saber 9218 DAC.

ASRock W480 Creator motherboard has been priced at $449.99 and it can be purchased through the Newegg.com online store.

Last month, Asus has also started selling the B550 motherboards. These are focused on the creation of mid-budget boards, while it has support for PCIe 4.0, support for HDMI 2.1, Thunderbolt 3, ASUS 5-Way Optimization, and pricing starts from $134.

He started this blog as a hobby to show his affection for gadgets, but over the time this hobby became professional. And now he is working as a full-time blogger, but in free time he loves watching movies and games. PayPal donation for TechToyReviews will be appreciated.
@ankit4554
Previous JHS Pedals launches Legends Of Fuzz Series Guitar Effects Pedals
Next Sony A7S III will be announced on July 28, 2020: Confirmed 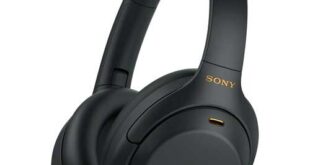 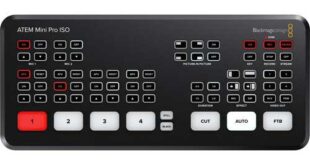 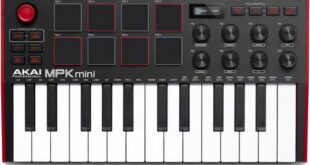