More information speculated that Apple will launch two new iPhone models was the Apple iPhone 6S and iPhone 6S Plus in September 2015. However, according to the latest leak of the Digitimes said they will have another new member called New iPhone 6C with 4-inch screen size. In 2014, Apple introduced the iPhone 6, and 6 Plus but not upgrade the C line they were done with the iPhone 5. Digitimes says Apple may launch iPhone 6C in pink version, not typically gray, silver and gold. Japan Display, LG Display and Sharp will undertake the supply screen panels for three new models and Apple will use tempered glass Gorilla Glass for scratch resistance and durability. This also shows that the company has abandoned the using sapphire glass in the next generation iPhone. In addition, the new iPhone screen is also supports the force sensor technology same as the New 12 inch MacBook.

The big screen iPhone 6 S and iPhone 6S Plus is expected to use A9 chip of Samsung and the Apple iPhone 6C still use the A8 chip by Taiwan Semiconductor Manufacturing Company (TSMC) production. Some analysts believe that Apple still uses 8-megapixel camera sensor for the new product. According to Digitimes says the new iPhone is equipped with a fingerprint sensor and Touch ID support for NFC Pay, but Apple did not specify the differences between the products. Such as iPhone 6 Plus has a number of advanced features than the iPhone 6 to take advantage of the large screen size. The iPhone 6 Plus also capable optical stabilization when shooting and most importantly, the battery capacity is much larger than the iPhone 6. 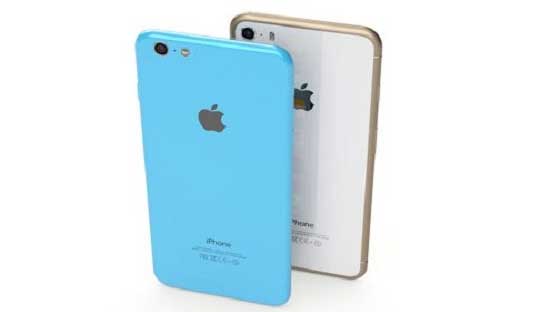 On the software side, Apple focuses on improving stability, optimize operating system performance and looks of the new iPhone will run iOS 9. Of course the leaked information is only for reference and may have to wait until the official announcement.

He started this blog as a hobby to show his affection for gadgets, but over the time this hobby became professional. And now he is working as a full-time blogger, but in free time he loves watching movies and games. PayPal donation for TechToyReviews will be appreciated.
@https://twitter.com/Techtoynews
Previous Canon Camera with new design, 4K video recording and 10X optical zoom
Next Sony released new firmware update for Sony A7, A7II, A7r, A7S and A6000 camera lines