Apple Card arrived in USA: Delivered to its first Invites

Apple Card begins to arrive on the market, respecting the deadlines anticipated by Bloomberg – and confirmed by Tim Cook just a few days ago. The first invitations will be distributed today, among users who have pre-registered on the Apple website. For now, the first Apple credit card (made entirely of titanium) is only available in the United States.

For the moment, invited users to the Apple Card Preview will be able to sign up for the card in the Wallet app, and also apply for the physical titanium card to be delivered.

Apple Card should be available to everyone without an invitation (but in the US only, there is also some hope for other markets in the near future) by the end of the month. On the company’s YouTube channel, a short video has just been published to help the user become familiar with the product.

Apple Card requires at least iOS 12.4 or later. Applying for a card is extremely simple, and everything is done through a compatible iPhone. Once the documents are completed, the approval comes in less than a minute, writes TechCrunch. However, to cancel it you need to call the support of Goldman Sachs, the bank with which Apple has collaborated to develop the credit card.

Apple Card has no fees other than the interest rate on balances. This means you won’t be charged an additional penalty if you pay late. Interest rates are between 12.99% to 23.99%. Upon applying for the card, the Wallet app will show — upfront — your applicable interest rate and credit limit based on your credit rating.

He started this blog as a hobby to show his affection for gadgets, but over the time this hobby became professional. And now he is working as a full-time blogger, but in free time he loves watching movies and games. PayPal donation for TechToyReviews will be appreciated.
@ankit4554
Previous WWE 2K20 Cover with Lynch and Reigns, Price, Release date, Editions and More
Next Best WiFi Repeater 2019: Best to Buy 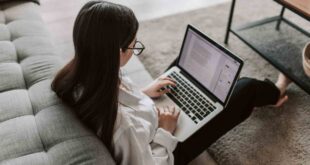