The Alienware m15 R6 is the Alienware m15 R5 Ryzen Edition, only with Intel Tiger Lake-H instead of AMD Ryzen 5000H. The new Dell Alienware laptop offers some exciting features, but you have to do without the 4K OLED display of the predecessor.

Dell Alienware m15 R6 gaming laptop revolves around the brand new Intel Tiger Lake-H processors, installs either an Intel Core i5-11400H, a Core i7-11800H, or a Core i9-11900H so that buyers get six or eight powerful Tiger Lake cores depending on the model.

As with the predecessor, there is also a selection of GeForce RTX 3000 graphics chips, a new addition is an entry-level model based on the GeForce RTX 3050 Ti with 4 GB of GDDR6 graphics memory and a TGP of 80 watts, the top model still uses the GeForce RTX 3080 laptop GPU with a TGP of 115 watts, but in the version with “only” 8 GB VRAM.

The notebook has a 720p webcam, an infrared webcam for Windows login via face recognition is available at an additional cost. The keyboard always has RGB lighting, and a mechanical keyboard based on the new CherryMX Ultra Low Profile switches is also available as an option.

A catch on the entry-level model: Thunderbolt 4 is only available for models with a GeForce RTX 3060 or more expensive, in any case, the manufacturer installs one HDMI 2.1, three USB-A, Ethernet, a headphone jack, Wi-Fi 6, and Bluetooth 5.2.

Recently, Dell has also refreshed the Alienware 15 R4 Dell gaming laptop to feature Intel Comet Lake-H and NVIDIA Ampere mobile offerings and offer vapor chamber cooling, up to 4 TB of PCIe storage, and an OLED panel that is HDR500 compliant.

He started this blog as a hobby to show his affection for gadgets, but over the time this hobby became professional. And now he is working as a full-time blogger, but in free time he loves watching movies and games. PayPal donation for TechToyReviews will be appreciated.
@ankit4554
Previous PRS Archon 50 Combo Tube Amplifier with a lot of Gains
Next Dell P3222QE 32 inch 4K Monitor with USB-C Hub, 5ms Response time 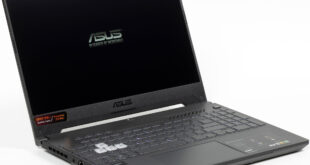 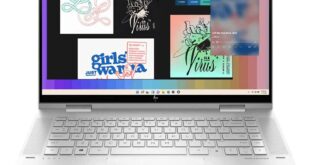