Alcatel A30 is now Amazon Prime Exclusive Phone at just $59.99

Along with the Moto G5 Plus smartphone, Alcatel also debuts its first device with Prime Exclusive Phones called Alcatel A30. Alcatel USA is bringing the Alcatel A30 for only $59.99 for Prime members, $40 off the full retail price. 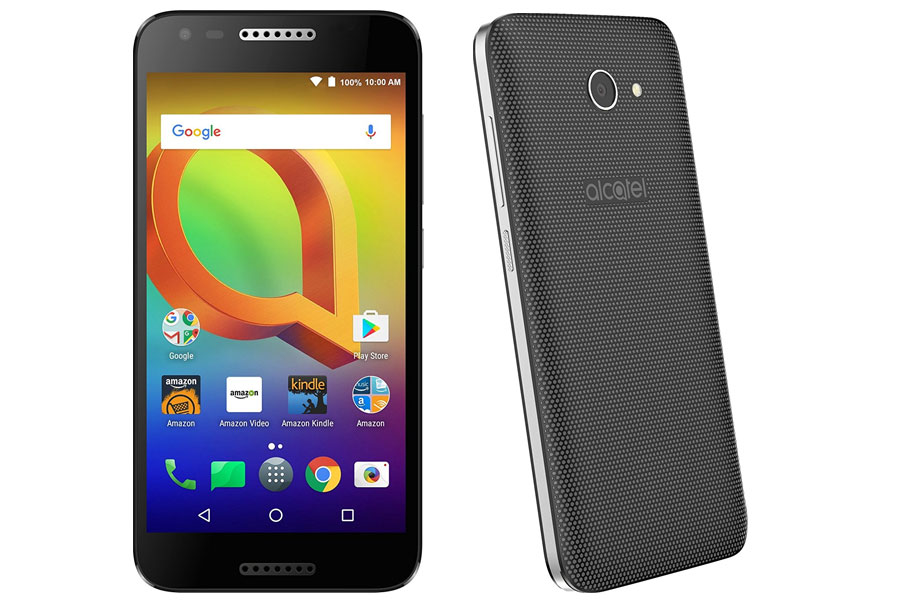 With the Amazon Prime Exclusive Lockscreen & Ads offers made the Alcatel A30 price down to $59.99 (Buy Now) for unlocked model, while without offer it can be pre-ordered at $99.99 in Black color.

Amazon Prime Exclusive Phones with BLU, Motorola, and now Alcatel – offering Prime members incredible discounts on fully featured unlocked Android smartphones. The discounted pricing is supported by personalized offers and ads, including deals and product recommendations, displayed on the phone’s lock screen. The Prime Exclusive BLU R1 HD and Moto G4 remain the No.1 and No.2 best-selling unlocked phones on Amazon.com since they launched.

The Alcatel A30 features a 5.0-inch IPS display with Asahi Glass technology and HD (720 x 1280 pixels) resolution that can translate a pixel density of 294ppi. The device has a metal frame design coated with silver and textured back panel gives better grip. It is powered by a 1.1 GHz quad-core processor which supported by Qualcomm Snapdragon 210 chipset along with 2GB of RAM. It packs a 16GB of inbuilt storage which can be expanded via microSD card up to 32GB.

On the camera front, the A30 flaunts an 8-megapixel primary autofocus camera with LED flash and capture HD (720p) video at 30fps along with the Time-lapse mode. It has a 5-megapixel front-facing camera with wide-angle lens to capture a wide group selfies and quality video calling. The handset runs on Android 7.0 Nougat operating system and packs a 2460mAh battery that is claimed to deliver talk time up to 15 hours on a single charge

Thanks for reading! If my article helped you, I would be happy if you visit Techtoyreviews again and follow it on Social media. This article contains partner "affiliate" links. Clicking on it will take you to the provider and if you make a purchase, Techtoyreviews will receive a small amount of support.
@Techtoynews
Previous Motorola launches Moto G5 Plus at $184 with Amazon Ads or $229.99 without Ads
Next Have You Tried So Light Wireless Sports Headphones WAVEFUN X-Buds Lite Before?