Acer Switch V10 and Acer Switch One 10 2-in-1 hybrid PCs has been officially announced at the Computex 2016 exhibition. Both are affordable hybrid devices runs Windows 10, uses Intel quad-core Atom processors and 10-inch touch screen IPS panel. Both the Acer 2 in 1 Laptops will be available in Q3 of this year and pricing range starting from $199 to $249 in North America. 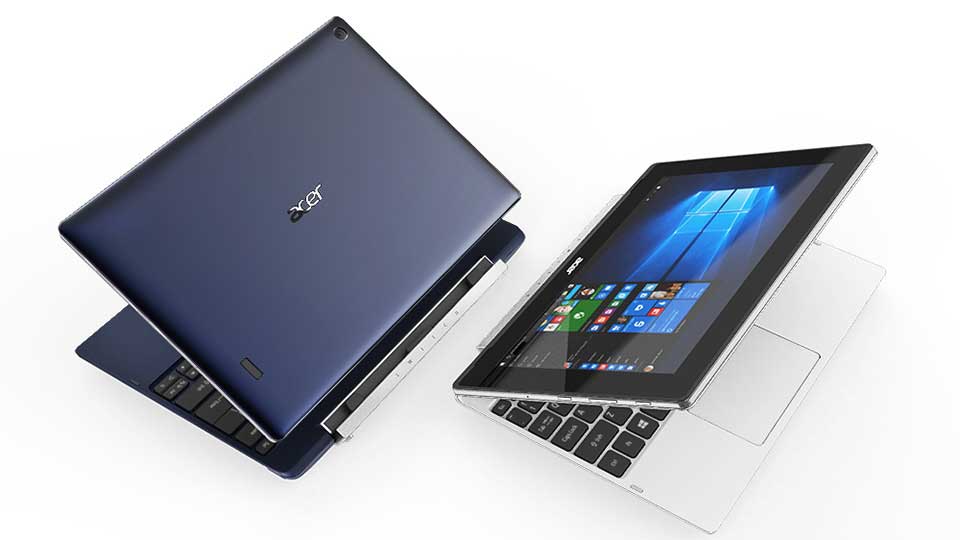 Start with the Acer Switch V10 (SW3-017) comes with a higher configuration compared to Switch One 10, it will be available in five different metal back shell such as white, black, aquamarine, red, and dark blue. The tablet also features a fingerprint sensor on the back, which is quite rare in affordable 2-in-1 PCs segment. Switch V10 features a 10.0-inch multi-touch IPS (1366 x 768) display is also covered with tough Corning Gorilla Glass and comes with a unique antimicrobial agent, which promises to prevent unnecessary scratches and finger prints. 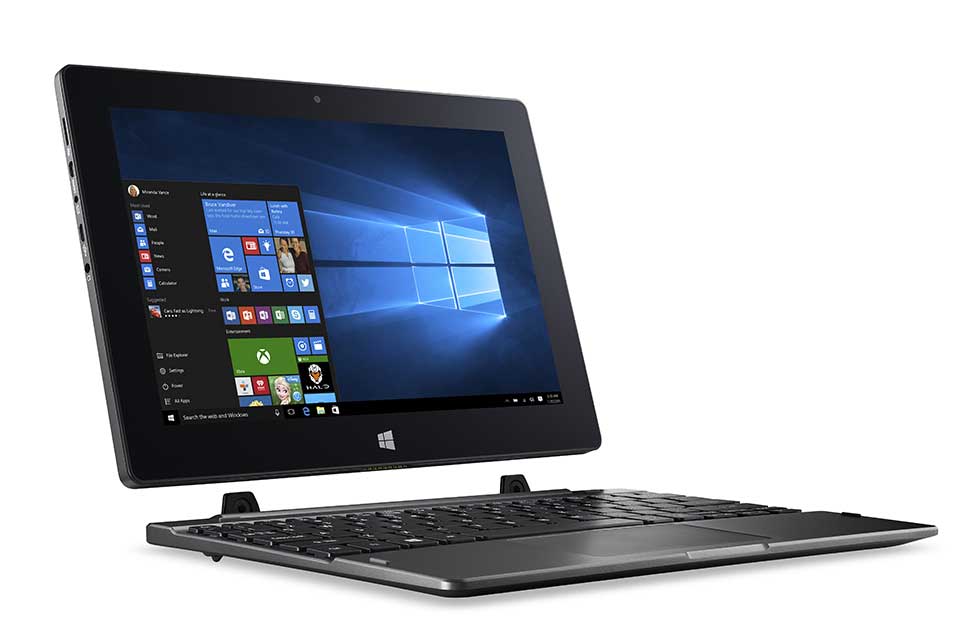 Next is the Acer Switch One 10 (SW1-011) priced at only $199, but Acer has not announced all parameters of the device. It will use SSD, also front and rear cameras, a microSD card slot along with microUSB and HDMI ports. It has brushed metal back shell and a little thicker design compared to the Switch V10. Both Acer 2-in-1 PCs have a separate keyboard can be used as a tablet or just turned into a laptop when needed. Both Acer 2 in 1 Laptop Tablet use Snap latch-less magnetic hinge design and can be used in various modes, including tent, notebook and tablet as well.

He is newbie on the Techtoyreviews. An enthusiastic mechanical qualifier who additionally Interested in the latest gadgets and tech. An exceptionally tech savvy who is always discovered reading or writing on technology. In spare time like to peruse books and playing Cricket. PayPal donation for TechToyReviews will be appreciated.
@jigneshdudakiya
Previous Vkworld T5 and T5 SE Budget Smartphones Launched at only $59.99
Next Asus ROG GX800 Gaming Laptop with Liquid-Cooled System Launched at Computex 2016