Acer has introduced a new 2K monitor for gaming called Nitro XV322QU KV bmiiphzx in the country. Inheriting the style of most models in the series, the new Acer gaming monitor with a 31.5-inch screen is made in a minimalist design and is equipped with an ergonomic stand. It allows you to tilt this Acer Nitro monitor to any angle and even flip it to portrait mode for a multi-monitor setup.

The HDR monitor supports 90% DCI-P3, as well as AMD FreeSync Premium technology for smooth frame changes without tearing and VESA DisplayHDR 400 for high contrast and deep blacks without losing detail.

For connection to a computer, the Acer Nitro XV322QU KV is equipped with HDMI and DisplayPort ports. In addition, the 2K monitor has built-in 2-watt speakers. To set up and quickly activate profiles for different genres of games, the device received a button on the case that calls the on-screen menu of the proprietary Acer Display Widget widget. To protect the eyes of gamers, a whole range of Acer technologies are provided, including Blue Light Shield, Flicker-less, Low Dimming, and ComfyView anti-glare coating.

The Acer Nitro XV322QU KV 2K gaming monitor has already gone on sale in the country via Amazon.com at a recommended retail price of $549.99.

He started this blog as a hobby to show his affection for gadgets, but over the time this hobby became professional. And now he is working as a full-time blogger, but in free time he loves watching movies and games. PayPal donation for TechToyReviews will be appreciated.
@ankit4554
Previous BLU J9L with Android 11 Go Edition Launched: Price, Specifications
Next Voigtlander Nokton 35mm f1.2 X Lens with Fujifilm X-Mount 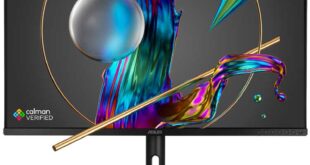 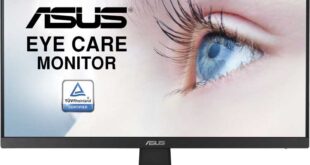