Acer Nitro 7 is the mid-range gaming laptop, but it is equipped with almost the most modern technology available today for gaming needs. The configuration of the Acer laptop can be fast with Intel Core i7 9750H CPU and discrete GeForce GTX 1650 graphics card.

If we compared to it to the Acer Nitro 5 gaming laptop, Nitro 7’s design does not change much in our opinion. It is easy to see on the back instead of carbon stripping, the Acer Nitro 7 will be smooth in the middle and embossed on both sides. The middle still has a red band decorated with the familiar NITRO letters.

Basically, the shape of Nitro 7 is still in the pit, with a ‘full’ body and weighs 2.3 kg. So far, we feel that Nitro 7 has high mobility and you can take it to play games anywhere because it is very light in weight.

The machine’s connection is sufficient enough to meet gaming demand, according to its spirit.

In particular, on the left side of the device are LAN port, HDMI port, USB-C port, and 2 USB 3.0 ports respectively.

The right edge of the notebook is the heat sink slot, charging port, USB 3.1 port and 3.5 mm headphone port respectively.

The biggest upgrade on the Nitro 7 is that Acer has used thinner screen edges for this gaming laptop. This makes the screen feel larger and more eye-catching.

The other advantages such as the 15.6-inch Full HD screen with beautiful colors, high contrast, wide viewing angles are also quite similar to the previous generation. In general, the Acer laptop screen never disappointed us.

Even with our experience the keyboard and touchpad are as good as ever. Keypress has a deep journey, good bounce, size, and reasonable distance, making it easy to manipulate when playing games.

The backlight still has only 1 red tone to match the design of the Nitro line and is capable of adjusting the brightness with 4 different light steps.

Quickly summarize the configuration of the Acer Nitro 7 that we are using to review:

First, we will measure the performance of the device with Geekbench software, when Nitro 7 is reached 122,265 points. This is a very impressive number for a mid-range gaming laptop.

As for the gaming task, how good will Nitro 7 be, we will try the following games:

First is the League of Legends with the maximum configuration, the average FPS recorded when playing the game was 148. While playing, we feel that everything is smooth and there is no lag.

Everything is similar to CS: GO, the average FPS recorded is 91 FPS. If you want a higher FPS experience, we can reduce the configuration slightly.

Finally, PUBG, we configured high rather than just ultra and felt very smooth with an average fps of 74. If you adjust to Ultra, the graphics are better, but FPS will jump up to 5x, giving you a sense of the shooting.

In general, discrete GeForce GTX 1650 graphics cards stop at a level that is sufficient for super heavy games in High Settings configuration, while some games do not require much graphics, we just need to be carefree.

It uses a dual-fan cooling system and comes with CoolBoost technology, so in our opinion, the fan noise feels quite, no noise even when pushed to 6,000rpm.

The temperature of the device when playing games can be up to more than 80° C, while when operating in normal mode, it is about 45 – 50° C, quite cool.

After playing the game for over 2 hours continuously, we also realized how much the resting part of the device did not get hot, indicating that the fan on the Nitro 7 works effectively.

Acer Nitro 7 is an ideal choice for you to buy and play games. Because not only is the price affordable, starting from $929 via Bhphtovideo.com and Amazon.com stores. Acer Nitro 7 is also equipped with modern hardware such as Intel Core i7 9750H CPU, Nvidia GeForce GTX 1650 GPU can handle most of today’s heavy games at high configurations.

And if you buy this laptop at the present time, we believe that it can meet the user needs within about 3-4 years for the laptop to become obsolete.

Thanks for reading! If my article helped you, I would be happy if you visit Techtoyreviews again and follow it on Social media. This article contains partner "affiliate" links. Clicking on it will take you to the provider and if you make a purchase, Techtoyreviews will receive a small amount of support.
@Techtoynews
Previous Best Electric Toothbrush 2019: Best to Buy
Next Audio-Technica ATH-AWAS and ATH-AWKT Headphones revive Wooden Chasis at Hong Kong AVShow 2019 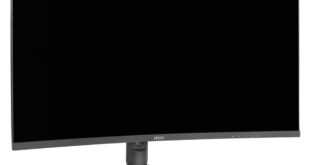 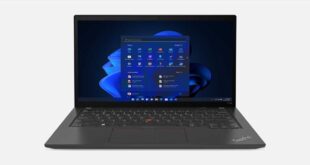 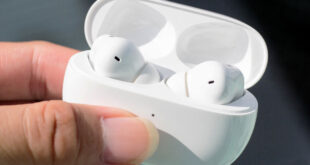 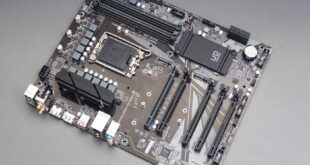