Acer Liquid M330 is now officially available for purchase in USA, was introduced last year at the IFA 2015 event. This is an affordable Windows 10 Mobile with improved performance and mid-range specifications. The Acer Liquid M330 price in USA is only $99.99 and will be available from Microsoft store during this month. The handset is available in Black and White color options. 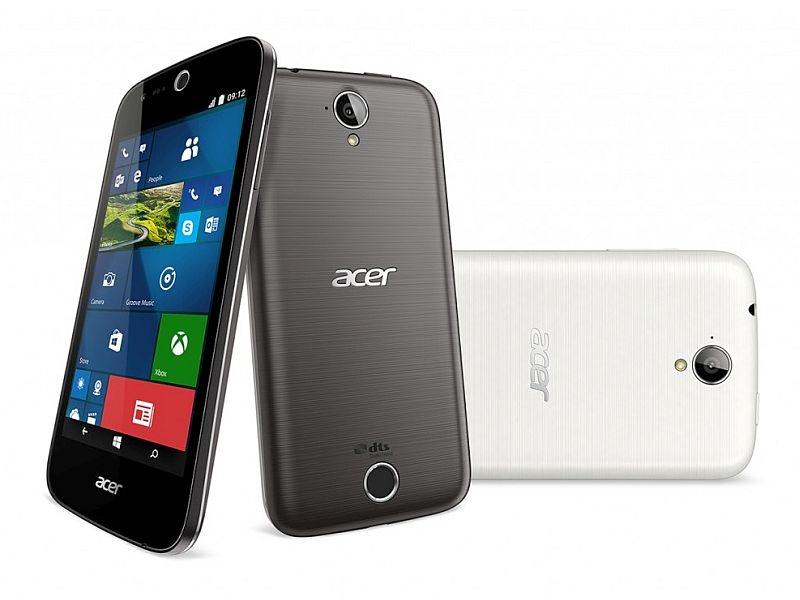 The Acer Liquid M330 features a 4.5-inch IPS display with FWVGA resolution of 854 x 480 pixels, 16:9 screen ratio with decent brightness of up to 350 nits. The handset is powered by a 1.1 GHz quad-core processor that’s fueled by Qualcomm Snapdragon 210 (MSM8909) chipset clubbed with 1GB of RAM. It packs 8GB of native storage, which can also be expanded via microSD card (unspecified storage).

On camera front, this New Acer Windows Phone bears a 5-megapixel primary camera on the back with LED flash and also has same 5-megapixel resolution camera on front to capture decent selfies and video calling. There are some camera features such as Gourmet, Favorite Shot, Bright Magic Selfie camera and more for selfie lovers. The handset also DTS sound technology for music enthusiasts.

The Acer Liquid M330 runs on the latest Windows 10 Mobile along with digital voice assistant Cortana supports as well as including other OS features such as Microsoft Edge, Outlook, OneDrive, Microsoft Office, and Glance Screen, which lets users see notifications without fully unlocking the smartphone.

Last year, Acer has introduced Liquid Jade Z and Liquid Z410 smartphones in the US, both Acer Android Phone are mid-range 4G LTE devices comes with a price tag of $229 and $129 respectively.

He is newbie on the Techtoyreviews. An enthusiastic mechanical qualifier who additionally Interested in the latest gadgets and tech. An exceptionally tech savvy who is always discovered reading or writing on technology. In spare time like to peruse books and playing Cricket. PayPal donation for TechToyReviews will be appreciated.
@jigneshdudakiya
Previous LG Rolly Keyboard 2: Bendable Wireless Keyboard Launched in South Korea
Next Samsung Galaxy Tab A 7.0 (2016) Review: Fair Performance but Beautifully Designed Tablet