Acer Iconia One 7 Tablet with Kids Center Launched at $115 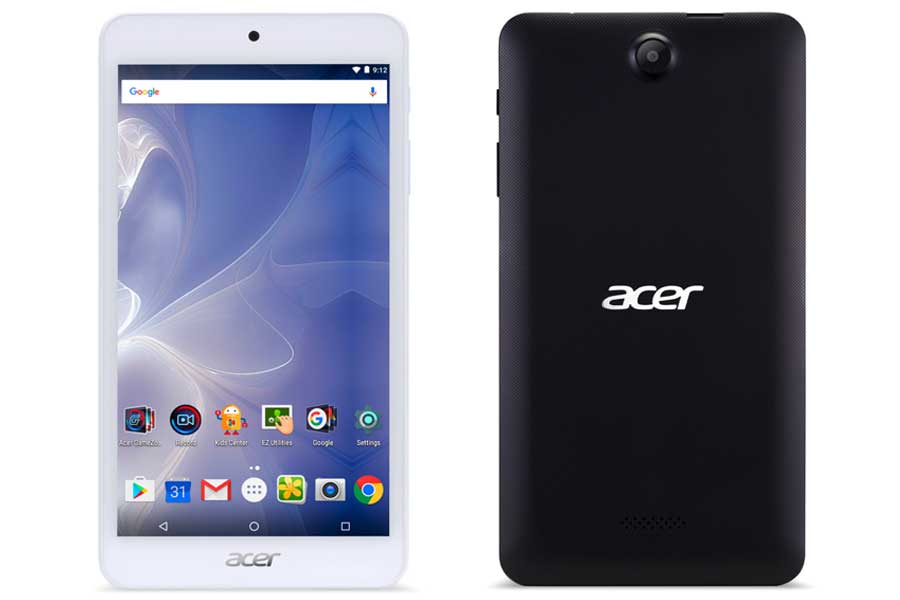 The Iconia One 7 features a 7.0-inch IPS LCD display with HD resolution of 720 x 1280 pixels and 16M colors for high readability. It is powered by a 1.3 GHz Quad-core processor that’s fueled by a MediaTek MT8163 chipset paired with Mali-450 GPU. It has 1GB of RAM and will come with 8GB or 16GB of internal storage which can also be expanded up to 128GB via microSD card.

This new Acer Iconia One 7 kids edition Tablet comes with a 2-megapixel autofocus primary camera on the back without LED flash and there is a 0.3-megapixel front-facing camera for selfies and video calling. The rear camera also comes with so many features such as Self timer, Face Detection, Scene Modes and more.

One of the main highlights of this Tablet is running on latest Android 6.0 Marshmallow OS and comes with pre-installed “Kids Center” application offering extensive parental controls, a user interface redesigned for kids, a variety of tools for filtering content, and password protection on exit. In addition, the included “EZ Utilities” application can be used to change the size of various user interface elements, including fonts.

On the connectivity front, Acer Iconia 7 Tablet includes Wi-Fi 802.11 b/g/n, Bluetooth 4.0, microUSB 2.0 and 3.5 mm audio jack. And its battery claimed to deliver up to 6 hours normal usage time on a single charge.

He is newbie on the Techtoyreviews. An enthusiastic mechanical qualifier who additionally Interested in the latest gadgets and tech. An exceptionally tech savvy who is always discovered reading or writing on technology. In spare time like to peruse books and playing Cricket. PayPal donation for TechToyReviews will be appreciated.
@jigneshdudakiya
Previous Asus ZenFone Max 3GB RAM, 32GB ROM and Snapdragon 615 SoC Launched
Next VKworld G1 with 3GB RAM and 5000mAh Battery Launched: Price and Availability