Acer has introduced a new ARM-based Chromebook, thanks to the chips from MediaTek, first-class battery life should be made possible. The Acer Chromebook 311 is said to be particularly suitable for use in the classroom thanks to its robust housing.

The Acer Chromebook 311 relies on an 11.6-inch display and a housing that has been tested according to the MIL-STD-810 standard and is supposed to withstand minor falls with ease. Acer states that the notebook with a 48 Wh battery enables a full 20 hours of runtime on one charge.

The Chromebook tablet, which weighs 1.3 kilograms, should be ideal for younger students, not least because of its reinforced connections and the keyboard, which is protected against water splashes. The cheaper Acer Chromebook 311 is powered by MediaTek MT8183 SoC with four Cortex-A73 and four Cortex-A55 processing cores with clock frequencies of up to 2.0 GHz.

The MediaTek MT8183 processor is designed around a number of industrial durability and safety standards. Compliant with the MIL-STD 810H standard, the device can survive falls of up to 122 cm (48.03 in) and withstand up to 60 kg (132.28 lbs) of downward force, feats accomplished with shock-absorbent bumpers and an enhanced interior design.

Special attention was paid to the Chromebook’s keyboard, a uniquely vulnerable area that receives significant wear and tear. It is capable of withstanding up to 330 ml (11.6 fl oz) of water, and its keys have been mechanically anchored with two wings that extend out under the chassis, protecting them from removal by restless hands and sticky fingers.

Earlier this year, Lenovo has also introduced the Thinkpad C13 Yoga Chromebook Convertible laptop with Chromebook operating system. This laptop provides security and works with Chrome OS and Google Workspace (formerly G Suite) applications for corporate IT departments outside the Microsoft Office365 ecosystem, and priced at $917.75.

He started this blog as a hobby to show his affection for gadgets, but over the time this hobby became professional. And now he is working as a full-time blogger, but in free time he loves watching movies and games. PayPal donation for TechToyReviews will be appreciated.
@ankit4554
Previous HP ProBook x360 11 G7 Convertible with Pen Input
Next iFi Diablo Portable Headphone Amp with Dual DAC, MQA, iDSD 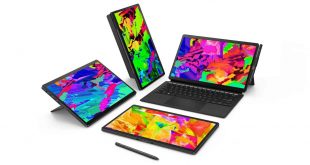 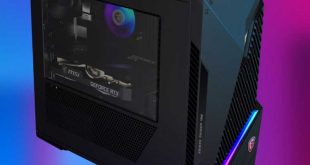